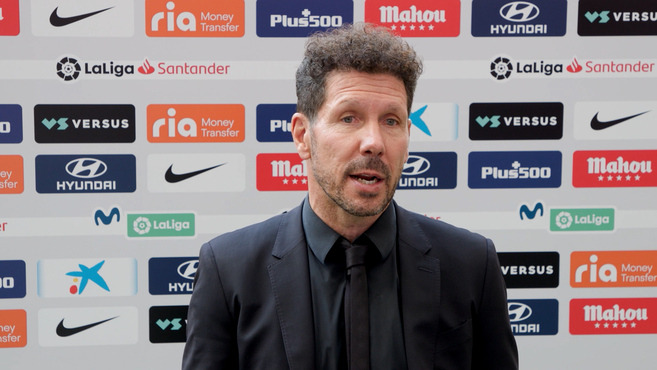 The mattress coach appreciated the victory of the rojiblancos

Cholo Simeone valued the victory of his team against him Eibar in the Metropolitan.

European Super League: “In principle, the coaches are prepared to train and I have no doubt that our club will make the best decision for the future of the club.”

Importance of the result: “We came from a draw against Betis where we could have done more to win and we had some chance to win. We are in a period of resistance and the team cost us in the first 20-30 minutes, the team was stuck, without finding the place where we could do harm, but when Herrera and Koke began to see something better and Lodi and Carrasco entered more, we created danger. It makes me very happy about Correa and it revalidates what I think about work, insisting. And Llorente, who continues to grow as footballer enormously “.

Goals from Correa: “We have been working together for many years, we know each other very well, we understand when to speak and when to leave the footballer alone. The numbers speak for themselves regarding our trust with him, he is the only one who has participated in all the games. When things go well it is decisive and when it fails to get where we want. ”

Lemar: “The doctors will explain it better, he has a contracture and hopefully these days it will pass. He trained well yesterday and then a part of his body hurt that the doctors will say. Hopefully we will have it by Thursday or Sunday at the latest, because we need it”.

Play before rivals or not: “The most important thing is to be able to win, it is what gives peace of mind for the coming day. The Spanish championship, they said it was not at a high level and we have Madrid in the Champions League semis, Villarreal in the Europa League semis , Barcelona winning the cup, Sevilla fighting to be champion. The championship is having a very nice ending and hopefully we can continue to grow so that the championship is not always monotonous and Real Madrid or Barcelona always win. “

Super league: “I am prepared to train where they tell me, I have no doubt that the club will decide what is best for us.”

The goals: “They generate enthusiasm, illusion, energy … The second half was not the same as the first, the team was more precise, with more movement, more vitality. Winning always gives you strength and we enter a week in which there are only seven left days and the match against Huesca is very important “.

In Portugal they place Palhinha in the sights of Sevilla