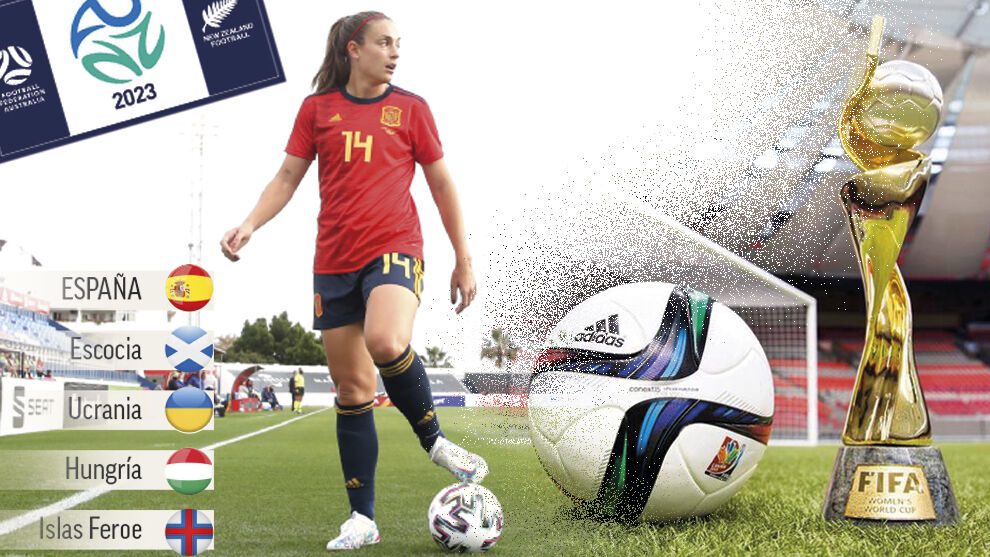 Spain has a very clear roadmap for the next three years. The team will play the 2022 Eurocup, intend to be in the 2023 World Cup and dream of qualifying for the 2024 Olympic Games. Three quotes that, inescapably, are related to each other.

This Thursday at 7:00 p.m. -Spanish time- the road to the World Cup that will be played in Australia and New Zealand starts in Tórshavn against the Faroe Islands. “There is no better scenario to prepare for a European Championship than the qualifying phase for a World Cup. There is almost a year left and it seems like a lot, but it is not. We really want to compete,” he says Alexia Putellas, the captain of the national team in this concentration before the losses of Irene Paredes and Jenni Hermoso.

To begin with, it is the weakest opponent in the group (95th in the FIFA ranking), a Faroe Islands who has never been measured and who will be the forty-ninth opponent in the history of the national team. The team led by Lene Terp is a young and inexperienced team made up almost entirely of footballers who play in their country. “The Faroe Islands is a defensive team that defends close to its goal and it is something we are getting used to lately. Attacking rivals like this has its complications,” analyzes Jorge Vilda.

Concern about the grass and the weather

Beyond the little opposition that the rival should suppose, Spain will have to adapt to artificial turf and inclement weather, since rain, 11ºC temperature and 90% humidity are expected at the time of the match. “This selection knows how to adapt to everything. I am sure that we will compete with all the guarantees and desire to play our game,” says the coach.

Despite the significant drops in this call (and with five last minute changes), the squad of Spain continues to stand out for its youth and quality and led by the Barcelona players. Among them stands out, undoubtedly, a Alexia who has become the footballer of the moment, especially after being named ‘Best player for UEFA’. “Luckily throughout my career I have received many compliments, also criticisms, and I understand it as something that is part of the environment. As the environment is not part of me and it is something that I do not control, it does not worry me,” says Mollet’s of the Vallès.

Spain landed yesterday at noon in Tórshavn and in the afternoon was able to carry out official training at the Tórsvøllur stadium, which has a capacity for 5,000 spectators and in which it is expected that at least half an inning will be reached. The game will not be televised in Spain, since the RFEF is still in negotiations for it, but it will be able to be seen in streaming in the federation channels.

Spain wants to extend the streak that at the moment leads him to sign ten consecutive victories, as they have not lost a game since they fell 0-1 to the United States on March 8, 2020.

Fran Garagarza will not continue as Eibar Sporting Director next season

Loren: “I’m not looking forward to going out, but you always have to look for the best for each one”