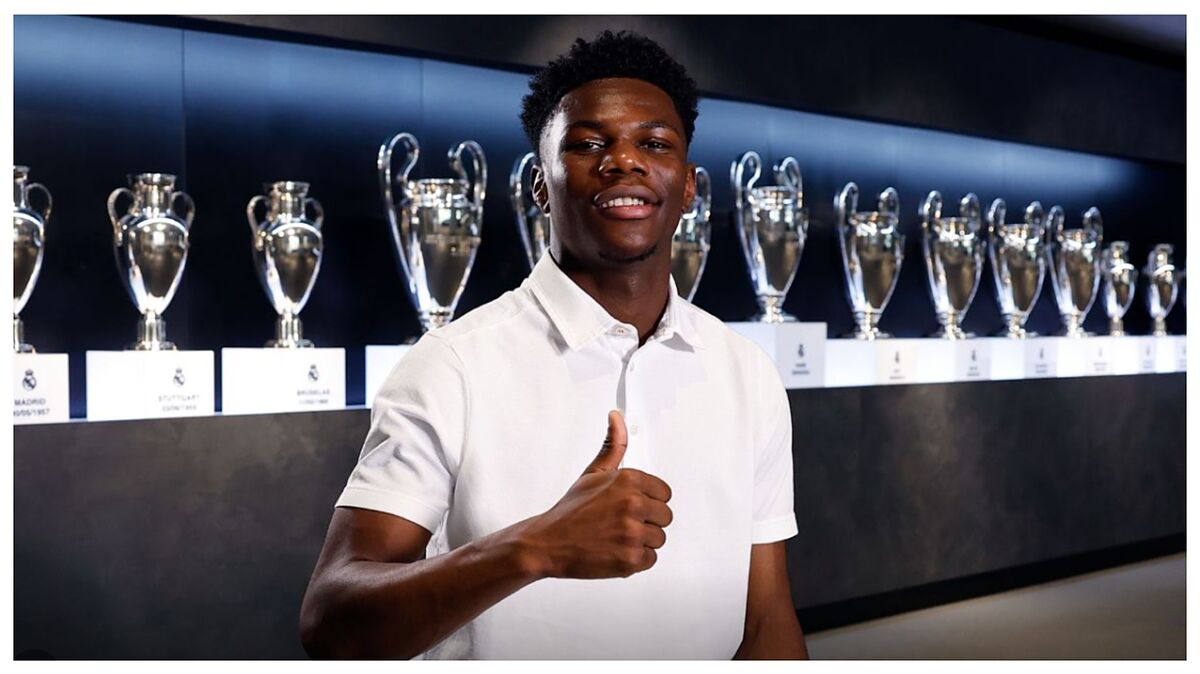 Tchouaméni has granted an interview to the official media of the real Madrid. The brand new white player continues showing off his madridismo and shows his desire to start as soon as possible his white adventure.

“I’m very happy to be here, it’s a dream come true. I’ve been able to see a bit of the city and Real Madrid City. It is simply the best club in the world. When you have ambition, hunger to win titles and be among the best, you have to come to Real Madrid. It is the one that plays the best, the one with the best players, the best team in the world. They have won the Champions League, that proves that in Europe there is no one better.”

“I have wanted, since I joined for the preseason I will do my best to adapt to the team and work together for the beautiful campaign that awaits us”.

I have seen the Champions on my mobile and on TV, but seeing them in person is something great

“It’s magnificent, I have seen the Champions on my mobile and on TV, but seeing them in person is something great. It makes me want to start the season right away and work with the team to continue to bring more trophies and contribute to the club. All the titles, hopefully the fifteenth European Cup, but also the League, the Club World Cup… It’s about Real Madrid so every time we play we have to win. I want to get all the possible titles here.”.

“I am lucky to be with him in the national team. The first time I was able to play with him I realized that he is an exceptional player. I see it on TV, but also playing with it.”

“He encouraged me to come. He told me that I was going to adapt quickly and that with the coaches and players everything was going to go very well. That if he wanted to win titles he had to come to Real Madrid. So I have chosen well.”

How do you define yourself

“I am a very forceful midfielder in recovery and with good technical quality. I try to read quickly so that the team and I play well. I can also be decisive when it comes to scoring goals, with good passes. Those are my characteristics.”

“They complement each other perfectly. Each one has its characteristics. Casemiro is a physical wonderwith great athletic quality and recovers many of the balls he disputes. Toni Kroos is another player with great quality, They are among the best in Europe. Y Luka Modric is pure class. I just played against him, against Croatia, and I was able to check his level.”

Message to the fans

“To all the fans, I’m very happy to be here and sign for Real Madrid. We are going to work hard to win more titles and continue the history of the best club in the world. Go Madrid!”.