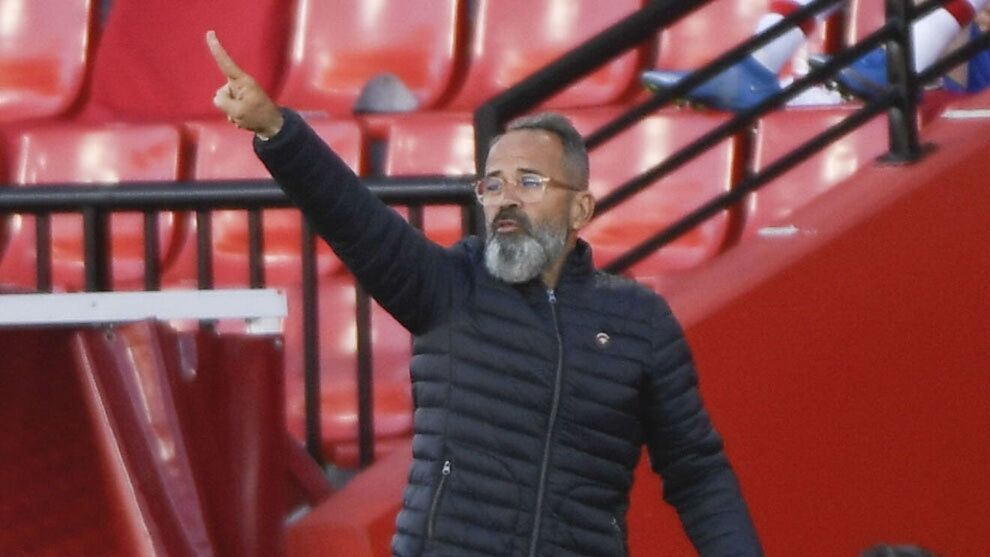 TOlvaro Cervera has several headaches just a few days before the league competition starts. The Guinean coach will not be able to count for the first duel with José Mari, one of his key pieces within the team. The midfielder who played the 90 minutes in the Carranza trophy against Atlético, ended up with physical discomfort and is ruled out to receive the Granota team.

Nor will Paraguayan Santiago Arzamendia arrive at the appointment. The left-back in fact already missed the last friendly that ended in victory against Burnley. Precisely, two more casualties could have come out of this game, one in attack and one in goal.

Conan Ledesma returned to the goal after his participation in the Olympic Games, but the Argentine could not finish the match at Turf Moore Stadium and was replaced in the 80th minute by David Gil. The good performance of the Madrid goal and the physical discomfort of the Argentine, could make Cervera doubt about who will occupy the goal.

The other player who ended up touched in England was ‘Choco’ Lozano. The Honduran forward also had to request a change in the friendly against UD Almería, so his participation against Levante, on Saturday at 7:30 p.m. will be a mystery.