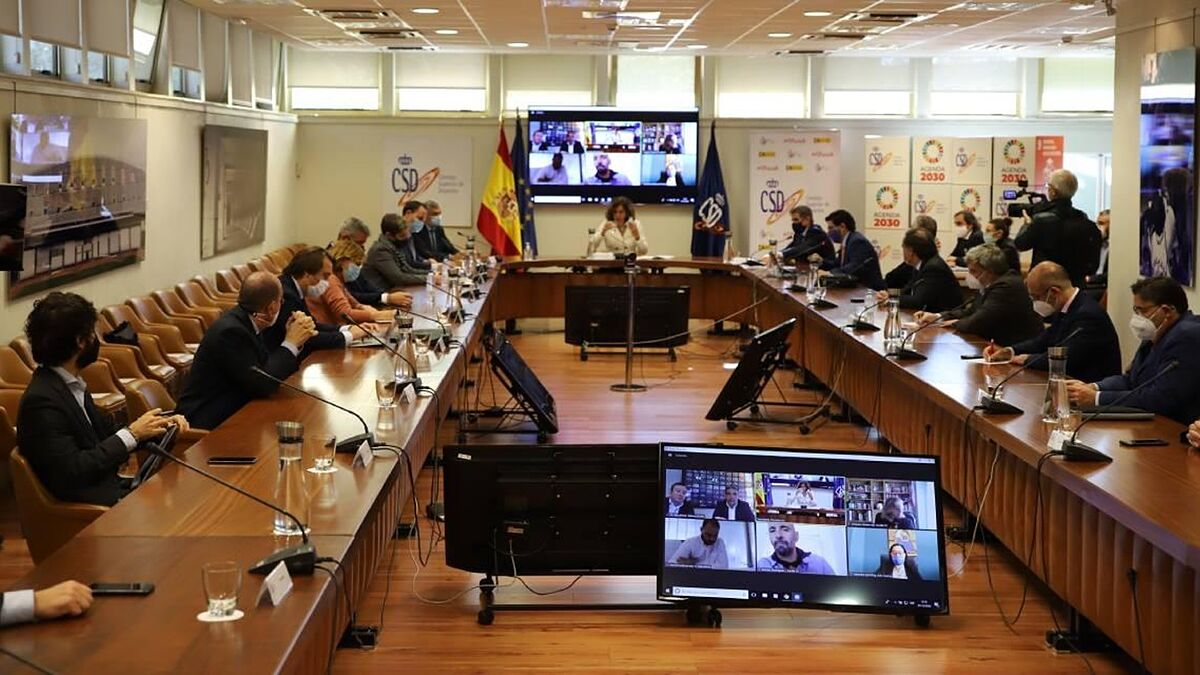 The draw for the calendar of the Women’s First Division is the last battle horse between the RFEF and the LPFF, two entities condemned to understand each other but that continue to meet at the minimum of change. The CSD, which takes the place of observer and mediator in this new scenariohas had to come to the fore to paralyze the holding of two draws for the same competition in what they understand to be a “grotesque and sad” situation where “players are being used as hostages”.

The RFEF announced on July 16 that on Wednesday, July 27, it would carry out the draw for the Women’s First Division, a fact that the LPFF challenged in the first instance, understanding that it was its competence. “No regulation attributes any competence to the RFEF,” the LPFF said in a statement. “If the men’s professional football draw is held at the RFEF headquarters, it is, solely and exclusively, because LaLiga has voluntarily decided so within the scope of its competence,” he stressed, drawing a parallel with the situation in men’s football. For its part, the RFEF stresses that the calendar must be approved by the president of the Federation and for this reason they brand that call as lawful.

The LPFF reacted in the second instance by announcing that the draw would take place at the CSD on a date to be specified, this being announced on Tuesday, July 26 for the same day.. The entity chaired by Beatriz Álvarez, had requested permission from the CSD to carry out this action at its headquarters, having the approval of the entity as long as it did not involve a conflict with the RFEF. As it has happened.

anger in the CSD

The CSD has had no choice but to speak out and come to the fore to, first of all, paralyze the holding of both draws at the expense of reaching an agreement so that only one is carried out and in a coherent way. “We are perplexed and concerned. The players, who are the ones who are creating fans and bringing together three million people in front of the screens, are unnecessary hostages of conflicts outside of them. We made this decision to avoid a greater embarrassment,” they point out.

The decision comes after, as they comment in the CSD, verifying the presence of discrepancies between the LPFF and the RFEF and in use of the powers legally conferred by the third additional provision of Royal Decree 1835/1991 of December 20. Before this final resolution, it is only possible to file a contentious-administrative appeal before the Central Courts if necessary.

From the entity chaired by José Manuel Franco, the way of proceeding by both entities for an aspect minor as is the calendar draw, as it makes it clear that the fracture between both parties is still great. Notably It is not the only point of the coordination agreement in which they have had differences, since in the limitation of the number of foreigners they have not reached an agreement either and have had to request the mediation of the CSD. In this organization they are very concerned about the future of events and their role in them, because they do not want to go from being mediators to judges of conflicts between entities.