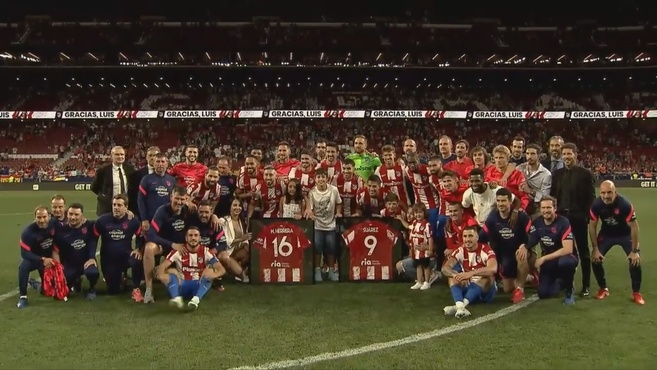 ANDThe Uruguayan striker Luis Suarez and the Mexican midfielder Hector Herrera received the affection of the fans of the Atletico Madrid in a farewell ceremony that the club organized for them at the end of the match against Sevilla (1-1) at the Wanda Metropolitan.

With the final whistle, the tribute to the two footballers began. Surrounded by their teammates and relatives, the club gave them a commemorative t-shirt and they put some emotional videos on the video scoreboards to summarize his time at the rojiblanco club. “Thank all the fans of Atlético. NOr am I going to forget the love they gave me since I arrived, and day by day on the street after not being able to enjoy with people last season. I tried to give it back on the field, I gave myself 200% to a club that opened doors for me. I carry Atlético in my heart. Aúpa Atleti”, assured Suárez in a final speech in which he could not hold back his tears.

“Being here has been a dream for me. It has been a pleasure to have been part of this great team with great players, people, from this great hobby that always received me very well.; despite all the times. Thank you all for the support,” said Herrera.