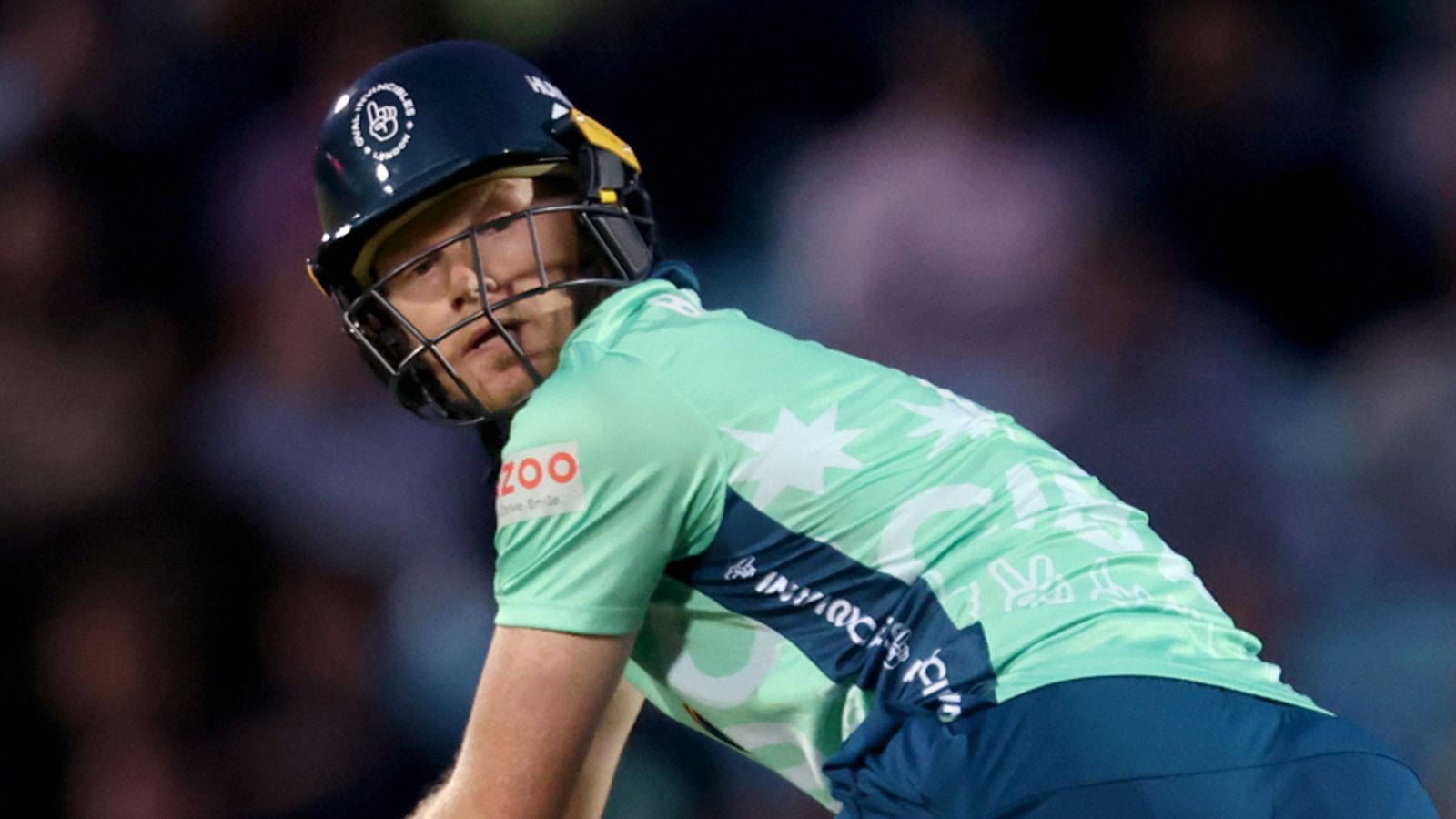 Sam Billings went undefeated 40 when the Oval Invincibles got back on track with victory over the Welsh Fire at home; Tom Curran also impressed with 3-29 numbers, after Ben Duckett scored 65 for the visitors.

The Oval Invincibles returned to winning ways with a convincing victory over the Welsh Fire in front of a house full of partisans in the Oval, to outlast their opponents in qualifying …

After a brilliant start, the Welsh Fire staggered after two wickets on the same number of balls – the first saw Tom Banton (2) cheaply succumb to Reece Topley (1-14 in 15), before Josh Cobb (12) will run out of innocuous fashion at the end of the front no.

The Invincibles spinning duo of Sunil Narine (0-19 in 20) and Tabraiz Shamsi (1-22 in 20) controlled the proceedings mid-innings, though Ben Duckett (65) gave the momentum with a punch from captain for the Fire.

The visitors were building real momentum before Tom Curran (3-29 in 20) eliminated Leus du Plooy (17) and Jimmy Neesham in successive deliveries, but despite being hungry for the strike, Duckett ended with a flourish when Welsh Fire recorded 121.

Jason Roy (8) underscored his intention with two crunches to four from David Payne, but rookie Matt Milnes (1-28 of 20) hit his first ball in the competition to fire the England starter.

Still, Sam Billings lived up to his ‘runner-up’ tag with 40 undefeated on 34 balls, before Laurie Evans (28 * of 17) closed the deal in style, recording six in a row to guide them home with six wickets. and seven balls to spare.

Sam Billings produced a captain’s performance during the Invincibles’ opening day victory over Manchester Originals, and he hit the bat once more as the hosts got back on the winning track.

After a disappointing batting show in their last outing against Northern Superchargers, the Invincibles suffered a slight collapse to give the Welsh Fire some hope, but Billings was the epitome of composure throughout.

Arguably the skipper of the Invincibles also produced the take of the day, leading the impressive Milnes to the ground in glorious style.

Sam Billings, Captain of Oval Invincibles: “I think the bowlers really did well in the last game and then they showed their class tonight as well, to restrict them on really good ground.

“It was great to get back on the board with a win, it was a bit of an unpredictable start with the weather, so a great job in front of the home crowd.

“Our fielding is definitely a part that we have to work on and correct if we want to advance a lot in this tournament. It makes a big difference in this short format of the game. We are never happy, we want to keep moving and we have a high-class team to do. that too “.

Ben Duckett, Captain of the Welsh Fire: It was an amazing night, the crowd was crazy. What a place to play. However, we were obviously heartbroken, we didn’t get over the line.

“We were definitely short [of runs]. We knew that. We lost ground along the entrances and I didn’t feel like I could have kicked there. I felt like we had to keep rebuilding and there was never any momentum.

“I’m very proud that the guys fight to the end, to bring things so close when we were probably 20 on par. We’re still learning. I’m new as a captain. I really enjoyed it.” tonight. It was tough and I enjoyed trying to be a little more aggressive than in the last game. “

We’re staying in the capital for the doubleheader on Tuesday, when London Spirit takes on the Northern Superchargers at Lord’s.

The women’s game is live on YouTube channel Sky Sports Cricket, in addition to Sky Sports The Hundred, Sky Sports Mix, and Sky Sports Main Event starting at 2.30pm, with the Superchargers bidding to keep their start undefeated.

Watch The Hundred live on Sky Sports from now until August 21.