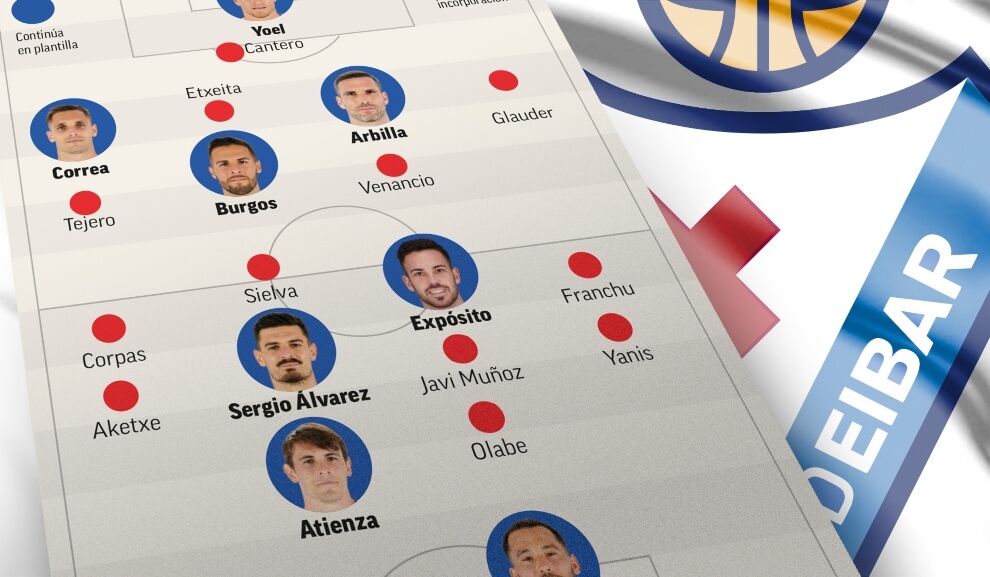 VIt was a year of changes in Eibar. The news did not arrive precisely when a signing took place, but rather on the day in which there was no movement through the Ipurua offices. Until 31 new features, between inputs and outputs, including the technical, They have been carried out since the season ended in that way with the relegation to Second.

No team in Europe has undergone such a great transformation as that of Eibar, which, unlike Huesca and Valladolid, has opted for a total cycle change to face the challenge of returning to First Division. Any resemblance to the past is pure coincidence and the Barça fans will need some time to become a new team, which starts from scratch, but in which an old acquaintance will lead: Gaizka garitano.

The output of Mendilibar forced to look for a replacement of guarantees. The technician of Zaldibar he had set the bar high in his six years on the Ipurua bench. It was not easy to find a substitute who would excite the Eibartarra parish, but Amaia Gorostiza and César Palacios knew how to knock on the right door to fulfill its first assignment. Who better than Garitano, the coach who signed the best work in Barça history with two consecutive promotions that allowed the Basque club to discover a category that seemed prohibited as the First.

The descent took a back seat and the illusion once again flooded the damaged hearts of the gunsmiths the same day that the return of Gaizka.

16 casualties and 14 signings in a month

The most important thing was done with the signing of Garitano, but then the difficult began. Go to the market to renew a squad in which up to 16 players from last season were not going to follow. Among loan officers who returned to their home clubs (Pozo, Bryan Gil, Soares, Recio, Kevin and Muto) and players who ended their contract (Dmitrovic, Oliveira, Cote, Diop, Pedro León, Aleix García, Inui, Enrich and Kike García), plus the sale of Bigas to Elche, among others.

Eibar have lost more than two-thirds of their last squad in the top flight. Palacios had the mission in his first summer at the head of the Sports Directorate to sign more than a dozen players. And the reality is that in the first week of August you can already say that you have a large part of the work done.

Because Eibar had signed in just six weeks to 13 players, to this day. All of them, with the exception of Xabi Etxeita -from Getafe-, played last season in the Second Division. Footballers contrasted in the silver category and who have been important in their previous teams.

From Ander Cantero, one of the best Second Division goalkeepers, going through Venancio, Franchu, Óscar Sielva, Yanis, Corpas, Stoichkov or Fran Sol. Some of them would have been on the agenda even if the relegation had not occurred because the club had been on their trail for a long time and there were excellent reports from more than one. The last to arrive, this Tuesday morning, signing number 14, has been Toño Garcia, that he will put his experience to the gunsmith service after finishing his stage in Levante.

Only eight footballers continue compared to last season. Of all of them, only Arbilla and Exposito seem to have a fixed place at eleven. The Navarrese will be the captain after the march by Kike García, while the Cubellas midfielder It is called to be the flagship of the gunsmith project in Second. Yoel starts with an advantage to defend the goal, but Cantero is a serious threat under sticks.

Correa will have to fight with Tejero for the title on the right side, in the same way as neither Burgos, nor Sergio Álvarez, nor Quique González it will be easy to be part of the first eleven holder of Garitano.

A new Eibar, full of new pieces, but which will be one of the great candidates for promotion. Garitano’s main mission is to make all the tools work that have arrived as soon as possible, because the league start is just around the corner and each point is worth gold in a category as tight as Second.

Fran García: “I don’t want this to be a goodbye to Madrid, but see you soon”