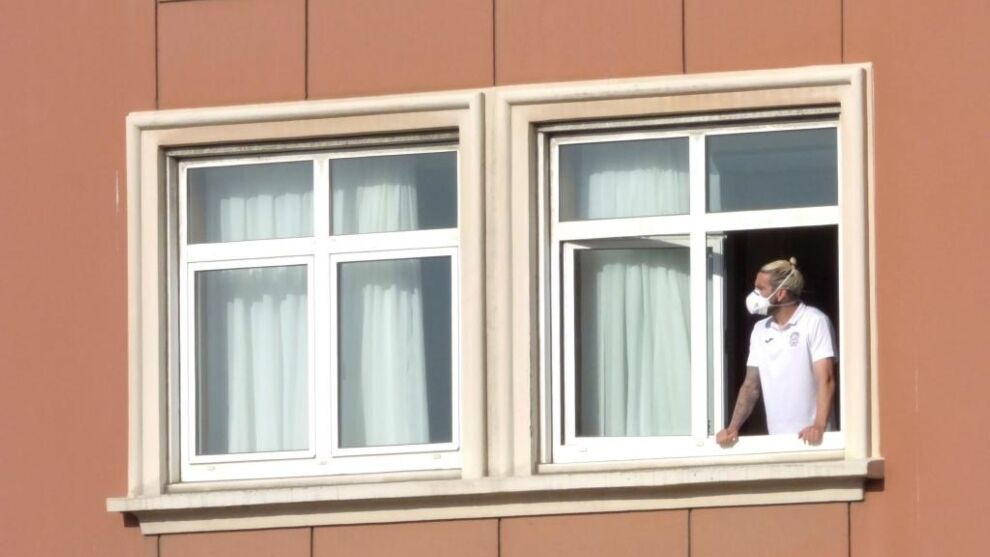 La magistrate of the Court of Instruction number 6 of La Coruña, who was investigating the trip of the Fuenlabrada Galicia with positives for coronavirus in its squad on July 20 to play the last game of the season in LaLiga SmartBank, it has been inhibited in the case in favor of the courts of Madrid.

In a car that has been reported by the Superior Court of Justice of Galicia, the judge determines to send to Fuenlabrada the investigation on the trip of the soccer team from the Madrid town.

The magistrate understands that the instruction must focus “on the circumstances surrounding the ultimate decision to allow the expedition” of the team, after having tested positive for covid-19 the doctor, the physiotherapist and the video analyst of the Fuenlabreño club.

Based on this, it has been inhibited in favor of the Fuenlabrada courts so that they are the ones to inquire about the transfer of the team to Galicia, considering that the decision to travel to La Coruña was adopted “by LaLiga, advised by a medical laboratory, with the approval of Fuenlabrada, without communication or intervention of any other sports or health authority “.

In the order, against which an appeal may be filed, the judge interprets that the possible negligence determining a harmful result to which criminal relevance could be attributed “has to do with the decisions adopted on July 19, 2020 that affected a expedition that continued developing its professional activity normally from the first positive “.

In addition, it specifies that people outside the expedition “of Fuenlabrada were not infected in his” judicial district.

Deportivo and Fuenlabrada had to have met on July 20 of last year on the last day of the Second Division, which was scheduled on a unified schedule.

The Madrid team, which was playing the promotion promotion, traveled to Galicia the same day of the match after having detected the first cases of covid-19 in the previous days.

With Fuenlabrada staying in a hotel in La Coruña and with a coronavirus outbreak, the suspension of the match with Deportivo was decreed, but not the rest of the matches of the day.

The Coruña team was affected by the scores that occurred that day and confirmed their relegation to Second Division B without being able to compete.

The postponed match was played in August with the victory of Deportivo, who could not avoid relegation either on the pitch or in the offices, while Fuenlabrada was left out of the positions that gave the option to fight for promotion

The future of Gomes, in the air: his departure may be imminent