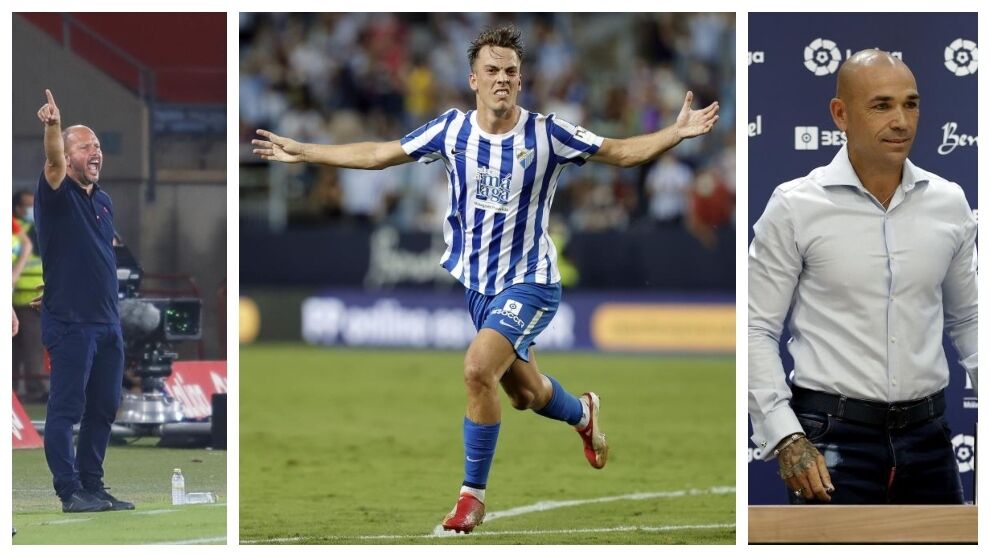 The 2021-2022 season at Malaga is linked to the word illusion, at least in its beginning. The team has finished the fifth day in positions of promotion to First playoffs after beating Girona. A fact that, together with a series of events experienced this summer, has triggered the motivation of a city that is once again very connected to its team. All this has caused the cry of “let’s go back” to start sounding almost like a slogan on the Costa del Sol. The malaguista illusion is based on four pillars. The end of the LaLiga sanction, a competitive squad, the return of the public to La Rosaleda and a summer without surprises.

The fans, back in the stadium, dream of returning to the First Division after four seasons in the Second Division

For the first time in two courses Malaga can count on a large squad. The Blue and Whites have been punished with 18 professional chips for the last two years for exceeding the salary limit on up to two occasions in transfer markets. This has allowed Manolo Gaspar to move in a different way in the transfer market. The Malacitanos no longer live with the fear of making an undue alignment due to an excess of homegrown players as in the past. In addition, the club has increased the salary limit by up to 4 million, going from 2.2 to more than 6 ‘kilos’.

THE KEYS TO A GOOD START

Malaga has two holders practically per position. From the goal, with the ‘Danis’, Barrio and Martín, up to the front, which has the names of Sekou Gassama, Chavarría, Brandon or Antoñín. Two full-backs in each lane, plenty of people in the band … The Martiricos entity has made available to José Alberto López the most complete and adapted squad for the category since the anchovies descended into hell in 2018 after 10 seasons in First. To this must be added a new group of emerging youth players with Kevin Medina and Roberto to the head.

The role of the fans

The fans have a lot to do with this stage of hope. In Second, some teams have suffered the absence of public more than others. Malaga is one of the most affected. Before the pandemic, the Blue and Whites were close to 20,000 subscribers. A leading figure in Second. The return of people to the stands has been noticed with a Malaga that flies playing at home and does not know what it is to conceal a goal at home. Until yesterday, 6,000 subscribers had been exceeded in 24 hours of the campaign.

To all we must add that Málaga is no longer a sales team. The malaguistas not only have not lost their stars of the past year as Juande or Luis Muñoz, but in the market they have snatched objectives from direct rivals with the signings of Peybernes, Víctor Gómez or Paulino. Only Ontiveros and his non-signing has been a mole this market.

The Malaguista sports director is very much to blame for this wave of illusion. His work and honesty with the fans have made Málaga regain much of the lost credibility from the stands. The paleño has been able to make a better template on paper than the one Caminero did in his day whose salary limit was five times the current one. His figure is today one of the most respected in the Second Division, where even Monchi, Sevilla’s sports director, has had good words for him