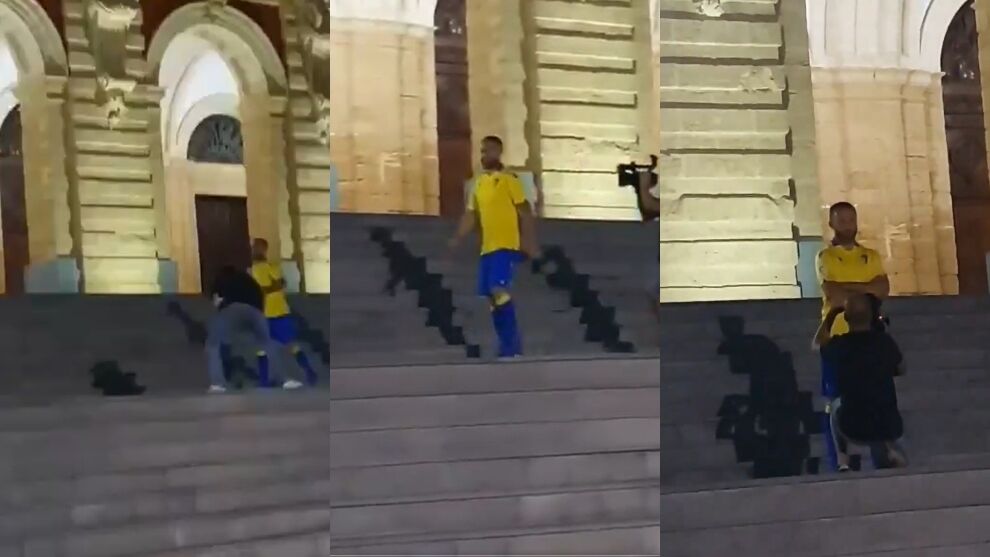 LThe ‘skin’ that a team will wear throughout the season is usually one of the best kept secrets by the sports brand that wears it and by the club itself. Although it is not always easy to preserve that unknown and that is what has happened to Cádiz CF.

In social networks has leaked the new clothes that Álvaro Cervera’s boys will wear. In the Twitter account, @ carlosmauraa13 we can see a video of just 15 seconds of a cadista player, specifically of the Armenian central Varazdat Haroyan.

The yellow defender he walks in front of the facade of the San Fernando City Hall, while a camera operator films him from behind until he stops, to record a low angle shot of the player crossing his arms.

The textile brand Macron will be in charge of dressing Cádiz CF during the 2021-2022 season, replacing Adidas. Without a main sponsor appearing on the chest of the home kit, we note that it is a simple design, with a yellow jersey and blue collar. The breeches are completely blue, while the stockings have a yellow border.

Kiko Casilla: “Returning to the Spanish League is a point and apart”