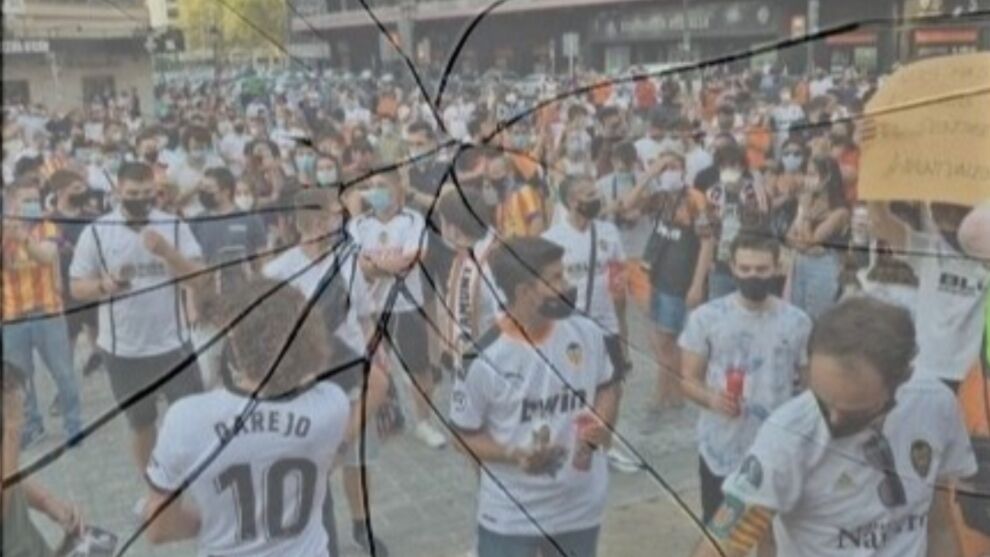 ANDl opposition movement against Peter Lim spontaneously born in Valencia Start to crack within a few months of birth. The platform ‘From Torino to Mestalla’ -which bears in its name the place where the club was founded and that of its stadium- has seen how they left different platforms and rocks who had decided to join a common protest movement against the tycoon’s management Singaporean.

After leaving the rock Viachers VCF This Tuesday, March 23, ‘From Torino to Mestalla’ has seen how in the last week lost seven associates out of 11 members foundational: Libertad VCF, Last Vesprades to Mestalla, Curva Nord, VCF Sud, Ciberche and the Small Shareholder Association, which was the first to leave the group. Tertulia Torino, the Agrupació de Penyes del València, Spirit of 86 and the Penya Valencianista de la Solidaritat remain.

Lead by Juan Martin Queralt -respected Valencianist, professor of Commercial Law and former director and former president of the VCF Foundation- From Torino to Mestalla he had tried to bring together the peaceful protest popular movement, with the romantic idea of democratization of the club, while trying to achieve institutional support – they were received in January by the deputy mayor in the City Council – with which to add supporters and financial supporters. In the end, the plan necessarily goes through buy 83% of Valencia’s share capital from Peter Lim, if it is willing to sell since at the moment, he has not reached an understanding with the prince of Johor.

The departure of Libertad VCF

The abandonment of Libertad VCF, announced on March 18, was the one who left the platform the most touched opposition to Peter Lim. In fact, Libertad VCF has led and leads the most palpable initiative At this moment, it is the attempt to group and census 5% of the capital stock which would allow him to control and supervise the management of Peter Lim, with the instruments that allow the Capital Companies Law.

As they then described, the differences in criteria with the President of the Association of Peñas Valencianistas and vice president of ‘De Torino a Mestalla’, Fede Sagreras, had been the trigger to leave the platform joint opposition.

Viachers has not been so clear on the statement of your motives and they generally refer to the fact that “the latest actions” make them rethink their situation and they decide to stand “aside”.