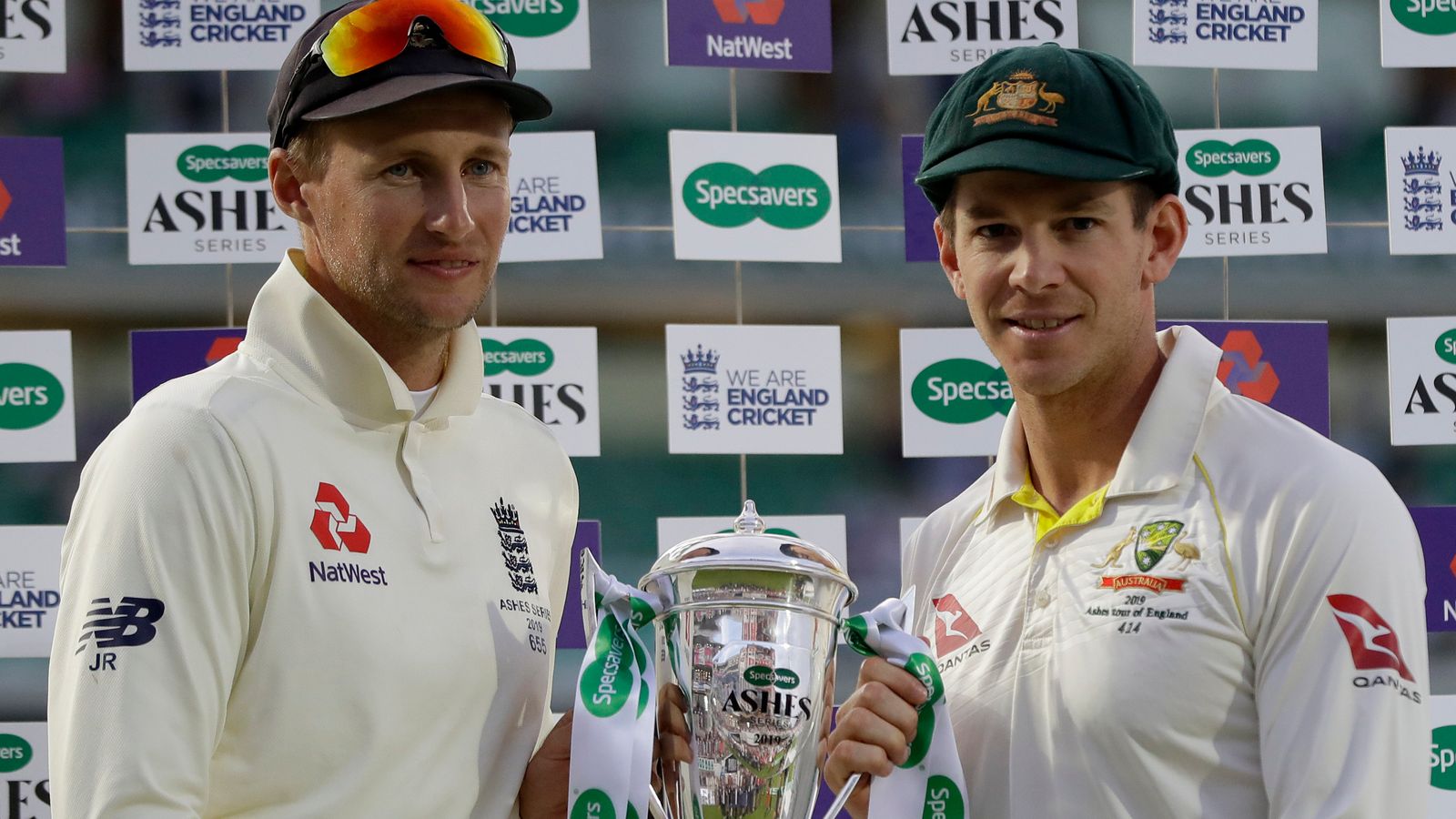 Joe Root and other members of his team have expressed their doubts about the tour due to ‘bubble fatigue’ and concerns that their families will not be able to travel with them; Australia has limits for international arrivals and there is a mandatory 14-day hotel quarantine even for those who are fully vaccinated.

Cricket Australia is negotiating with the UK authorities and board on travel conditions and whether the players’ families can join them at Ashes.

Tim Paine said the Ashes will move on regardless of the reluctance of some England players to deal with strict Covid-19 quarantine restrictions.

England skipper Joe Root and other members of his team have expressed doubts about the tour due to ‘bubble fatigue’ and are concerned that their families will not be able to travel with them due to strict Australian protocols.

“The Ashes move on. The first test is December 8, whether Joe is here or not,” the Australia captain told the radio station. SEN Hobart.

“It will be settled above us and then they will have the option to get on that plane or not.

“Nobody is forcing any player from England to come. That is the beauty of the world we live in, you have a choice. If you don’t want to come, don’t come.”

Cricket Australia is negotiating with the UK authorities and board on travel conditions and whether the players’ families can come.

Australia has limits for international arrivals and there is a mandatory 14-day hotel quarantine even for those who are fully vaccinated.

Former England hitter turned expert Kevin Pietersen said England players should not travel if they are subject to restrictions.

“THERE IS NO WAY I’m going to The Ashes this winter. ZERO chance!” tweeted.

“Unless the ridiculous quarantine rules were crushed and my family could travel without restrictions.”

Paine said Pietersen did not speak for the players and said he should leave the decision-making to them.

“If you want to know something on any subject in the world, ask Kevin Pietersen. He is an expert in everything,” added the captain dryly.

“We haven’t heard a player from England say that he won’t come. I think he’s been beaten up and people like Kevin like to expose themselves a bit in the media.”

England Vice Captain Jos Buttler hopes to have clarity on the Ashes tour “in the next few days”, but has reiterated that he would not consider traveling if his family were unable to accompany him in Australia.

Buttler is preparing to fly to the UAE next week for the Twenty20 World Cup, but it is still up in the air if he will also take part in this winter’s test series in Australia.

As the voice of Buttler, Root’s right-hand man, carries significant weight, but, having welcomed his second daughter, family circumstances mean he’s even more willing than most to lay down the ground rules before taking. a decision.

However, what is clear is that no family means that there are no Ashes for the 31-year-old.

When asked if that was a red line for him, Buttler said: “Yes, definitely for me. If I had to do a World Cup and an Ashes, four, five months without seeing my family, I would not feel comfortable doing that”.

“We are still waiting for more information, as soon as possible. Hopefully, there will be more information in the next few days. As soon as you get it, it will be easier to know what decision you are making.

“The ECB and Cricket Australia will work very hard together to do their best. It is difficult to make a decision when you do not have all the answers. In times of Covid, there will always be some kind of question that is difficult to answer.

“It could be changeable, it would be naive not to say it in the times we live in, but you want to arrive with as many guarantees as possible.”

The Ashes: Ollie Robinson looking to ‘unsettle’ Australia, feels England may have edge before first Test