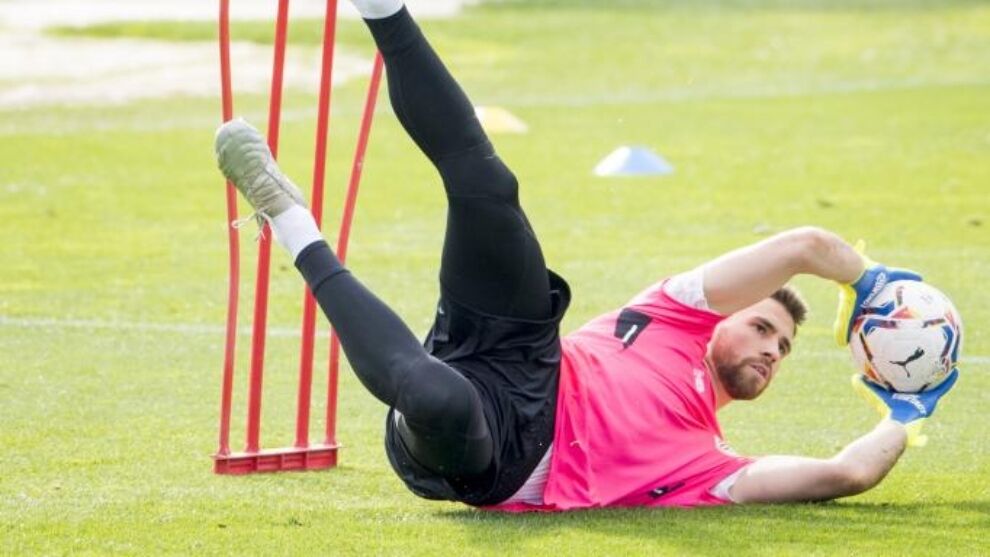 ORNai Simon is back. The doorman is already working under Marcelino’s orders. The international joined training on Saturday – this was confirmed by Rafa Alkorta in Movistar – after having had little more than a week off after linking the Eurocup and the Olympic Games. The Murgia goalkeeper will not need much time to get ready because since May 31 he has hardly had a rest. It arrives rolled and in a position to fight for the reconquest of ownership.

Simón has many options to return the third day of the League against Celta and also be in Luis Enrique’s call for the national team’s commitments in September. The goalkeeper trains in the week prior to the call and is therefore available. Another thing would be for Simón to continue on vacation: if Athletic considers him fit to play, Luis Enrique has no reason to dispense with his presence at the next summons.

What will Marcelino decide? The coach is satisfied with Agirrezabala’s contribution to the team in the matches against Elche and Barcelona. Now it is in his power to choose to continue in the first team, at the risk that Simón will be a substitute in Vigo, or that he will start playing with the subsidiary when he is not going to participate with Athletic. The most probable thing is that Simón will start at Balaídos and Agirrezabala will occupy the goal of Bilbao Athletic in his debut in 1º RFEF. The young goalkeeper from San Sebastian can alternate with the two teams. He is ahead of Ekiza in the coach’s preferences, so if Simón plays Agirrezabala from now on, he will have to defend the rojiblanca goal in the Cup.

From Marcos, more than touched

The team has returned to training after their draw on Saturday night against Barcelona. The lions have less than a week to prepare for the game against Celta. The team will travel to Vigo on Friday afternoon and until then we will have to be very aware of the sides.

Lekue started on the right side in the last game against Barcelona because De Marcos, who was on the bench, Capa and Petxarroman were injured. De Marcos made an effort to keep his back to Marcelino, but his activity on Saturday was minimal: he neither went out to warm up nor participated in the rounds before the game and at halftime. The muscular contracture that he suffers advised rest.

Carlos Mouriño: “We are going to plan a team to be 10 more years in First Division”