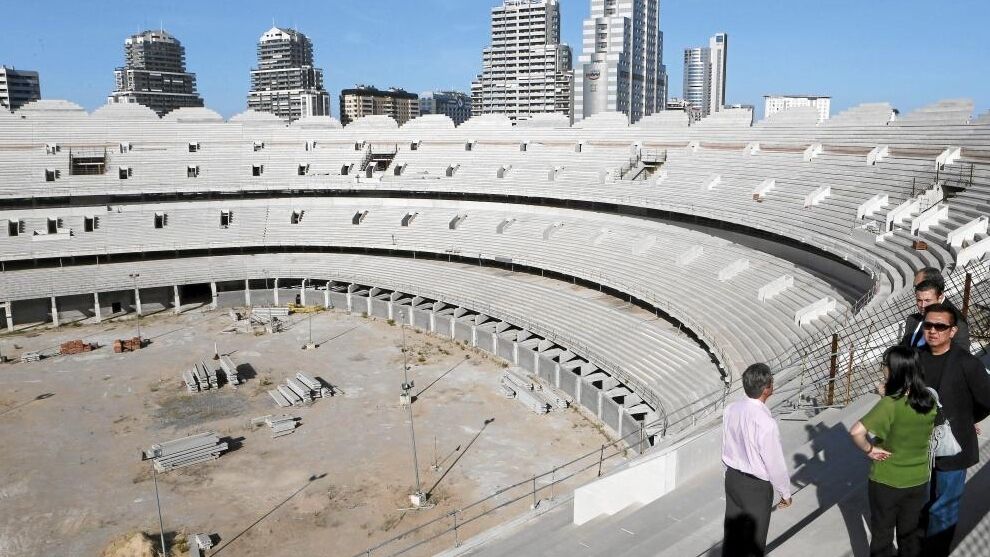 Joan Ribó, mayor of the city, assures that it is a great step and his vice mayor contradicts him: “We cannot be fooled”

The Valencia city council and the Valencia football club have had an important contact today. After several unsuccessful meetings, in which the council has harshly attacked the club for not taking steps forward, the message transmitted today by the mayor of the city, Joan Ribó, everything has changed.

Ribó ensures that the club has presented a preliminary project to build the Benicalap sports center, attached to the new Mestalla, for a value of 5.7 million euros and that will be made public shortly. The mayor assures that it is an important step forward on the part of the club, but he reminds Anil Murthy that the important thing is to resume the works. “They have explained to us that they are working on the licenses and have presented us with a preliminary project for the Benicalap sports center that they will present publicly shortly and that meets the characteristics that had been agreed for an approximate value of 5.7 thousand euros.”

Remember that the club has a month to do not violate the ATE or for the political powers to give it an extension that they have already announced on several occasions that will be impossible as long as the appropriate steps are not taken, such as starting the works. Ribó himself assures in his statement that the club has assured him that they are working on building licenses. “The important thing is to resume the works of Mestalla, but this is a step in the right direction that we want to highlight from the Valencia City Council”.

“We cannot be fooled”

After Ribó’s conciliatory words, it didn’t take long for the response of the city’s vice mayor, Sandra Gómez, to appear. “We cannot stop demanding that Valencia fulfill its obligations. We cannot be fooled. The sports center has to be done because it is an obligation. This is not new, months ago they spoke with the sports council about this project. But it is not a gift to the city, but part of their obligations that by the way they should have already fulfilled. If someone believes that we should stop demanding that the Nou Mestalla end, neither defend the interests of the city, nor of the fans. What there must be is a decisive step that involves resuming the construction of the Nou Mestalla. It is quite obvious. Therefore, without a stadium, there is no ATE. We will not stop demanding and if the obligations are not met, we will stand firm and issue a report so that the ATE declines. Therefore, let’s not be fooled, the sports center has to be done, but the stadium also, “he said emphatically, making very clear the double discourse on the part of the city council.

Atlético does have reasons to believe