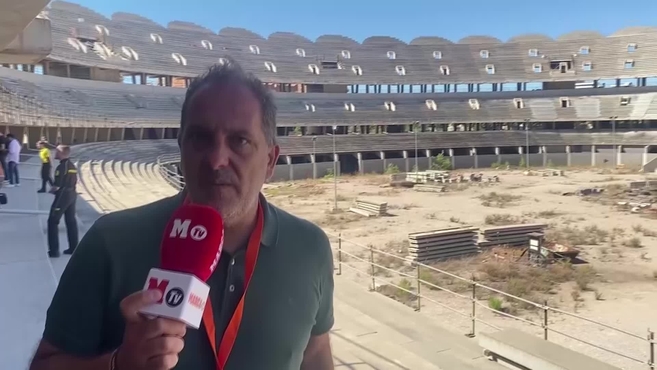 Valencia has presented in society the new project of the Mestalla stadium after the first setback of the authorities that knocked down the previous project. Sean Bai (general director), Inmaculada Ibáñez (financial director), Christian Schneider (operations director) and Mark Fenwick (stadium architect) have presented a stadium with 49,000 spectators expandable to 70,000 Valencia has adjusted the initial capacity of the stadium from 42,000 to 49,000 spectators and the maximum from 66,000 to 70,000.

The club has shown the design of the new roof and facade of the stadium and has provided information on the future sports center of Benicalap. On the financing of the project, the financial director Inma Ibanez was explicit: “We are going to finish the stadium yes or yes with or without ATE because we have the money. With the ATE we will finish earlier, we will start sooner and it will be easier for everyone”. The same financial director left a more than significant sentence. “We got confused without thinking that Peter Lim has to end this.”

An end, in court?

Despite the new project, the authorities do not seem willing to modify the conditions and stop the expiration of the ATE. Faced with such a situation, Sean Bai, general director of the club, assured that they will defend the rights of the club until the end. : “We do not want to judicialize the process, proof of this is that we have always tried to go hand in hand with the administration to make a good project. Obviously the club has to defend its interests, but we have to find agreements. If, despite our willingness to reach an agreement, the administration decides to go ahead with the expiration of the ATE, the club will be forced to appeal that decision, which would be disproportionate and unjustified.”