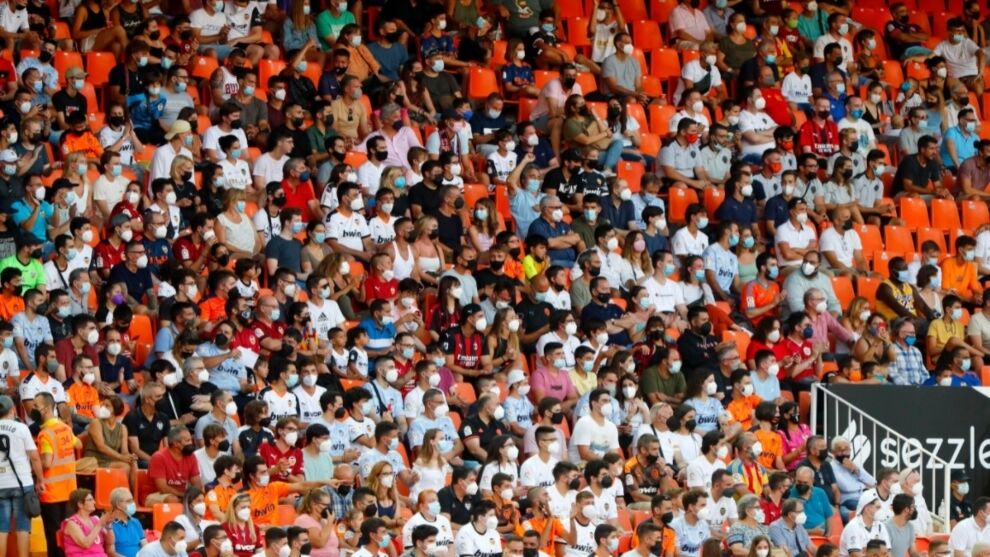 ANDl Valencia is going to release a second batch of almost 9,000 entries more for next Sunday’s game against him Real Madrid, with what pwill have a total of 29,000 fans for a match in which both teams will play for the lead. The black and white club has reacted quickly, in less than 24 hours, to the decision of the Superior Court of Justice of the Valencian Community (TSJCV) to annul the decision of the Generalitat Valenciana to limit the capacity to 20,000 people in open spaces for LaLiga matches.

Remember that the decision of the Generalitat consisted of allowing the 60% of capacity of the open enclosures for professional league matches, but at the same time limited this measure to 20,000 spectators. This decision was appealed by LaLiga and, finally, the administrative litigation chamber of the TSJCV provisionally suspended, waiting for a firm decision, since he understood that the Consell had not duly justified this limitation, which in the case of the Valencian Community, only affected Mestalla.

Considering that the Mestalla’s official and real capacity is around 48,000 spectators, 60% is rounded in 28,800 spectators, although it was necessary to study which areas of the stands were opened and under what conditions to respect social distance measures. As explained VCF Mèdia Radio the stands of Gol Xicotet and Gol Gran and tickets can be purchased from this Tuesday both at the box office and from the website.

It must also be remembered that some subscribers -those who they did not ask for the proportional refund of the amount of the 2019-20 season and who renewed the pass before August 23 – they have the option to buy two tickets With discount.

Real Madrid – Mallorca: Change so that everything remains the same