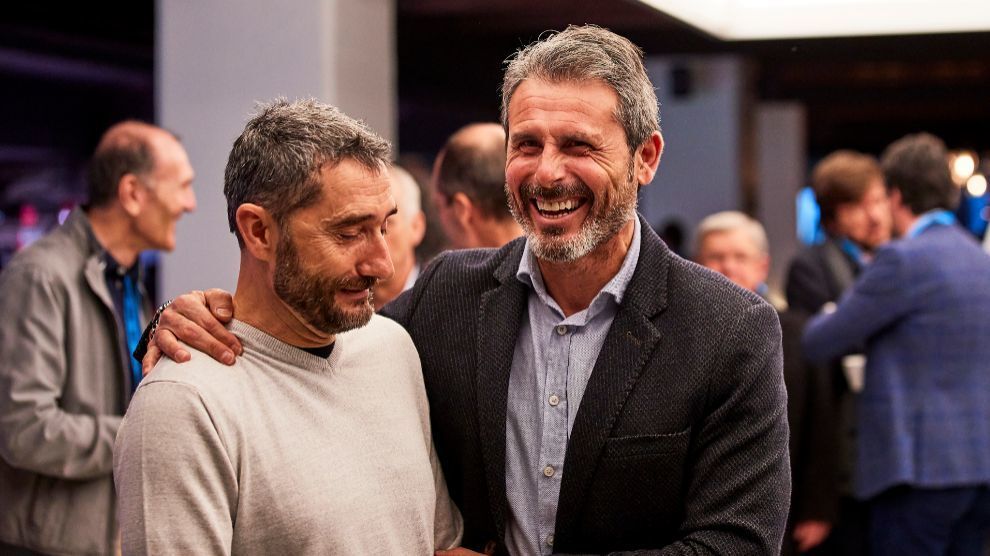 ANDErnest Valverde will open third stage in Athletic if Jon Uriarte or Ricardo Barkala win the elections this Friday. The Txingurri is the coach of the two candidates and on Friday will maintain a duel on the bench with Marcelo Bielsa, who is chosen by the group led by Iñaki Arechabaleta, who was the first to put the coach’s name on the table. Valverde, without a team since he left Barcelona in January 2020, highlighted this Wednesday that “my idea from the beginning was not to participate in the electoral process. I am a partner. I would have liked the same thing to have happened in the men’s team as it has happened with Iraia in the women’s team”.

Valverde, in statements to Euskal Telebista, explained that “after the candidacies were confirmed, two of them called me. My position, so I made it clear, had to be inclusive and not exclusive because I care what happens to Athletic“. The coach is eager to return to a bench. “The proposal had to be attractive, difficult, stimulating… and Athletic’s is.” he joked about what would be a third stage, comparing it to the third installment of The Godfather. “The first two were very good and the third, although I have to admit that I didn’t like it that much, it must be said that the director threw a couple of balls at it.”

The proposal to return to training had to be attractive, difficult, stimulating… and that of Athletic is

The name of Valverde came out in the debate between the vice presidents of Arechabaleta, Iñaki Gorizelaia, and Barkala, Javier Aldazabalwhich was on Monday on TeleBilbao. Gorizelaia, who had just introduced Bielsa, is a personal friend of Valverde and was questioned about the possibility that the Txingurri was in Uriarte’s candidacy. “It will never let me down. I am a personal friend of yours. He is a 10 person in all aspects, respectful, friendly, thoughtful, a person with whom you can talk about many things because he is an expert in many areas. He deserves a lot of respect from me. If I made a decision that I put in quotes, of course I would respect it 100% and if the winner comes out and chosen, I would go with Valverde and the same with the coach that Aldazabal has in his candidacy,” he said.

Aldazabal, who did not reveal how the negotiations with his coach were, He stressed that “I’m a friend and I can’t be objective. I don’t want to go into the decision. He’s a top coach, we can’t say more about Ernesto.” Also he recalled that “the elections are for the president, not for the coach, although the sports project is one of the most relevant aspects. Football is short-term, but even in December the August coach is not there and you have to have a more global and joint vision. What it is really atypical is that a coach is four years oldwhich is very rare, although I was at a meeting that happened (precisely with Valverde).