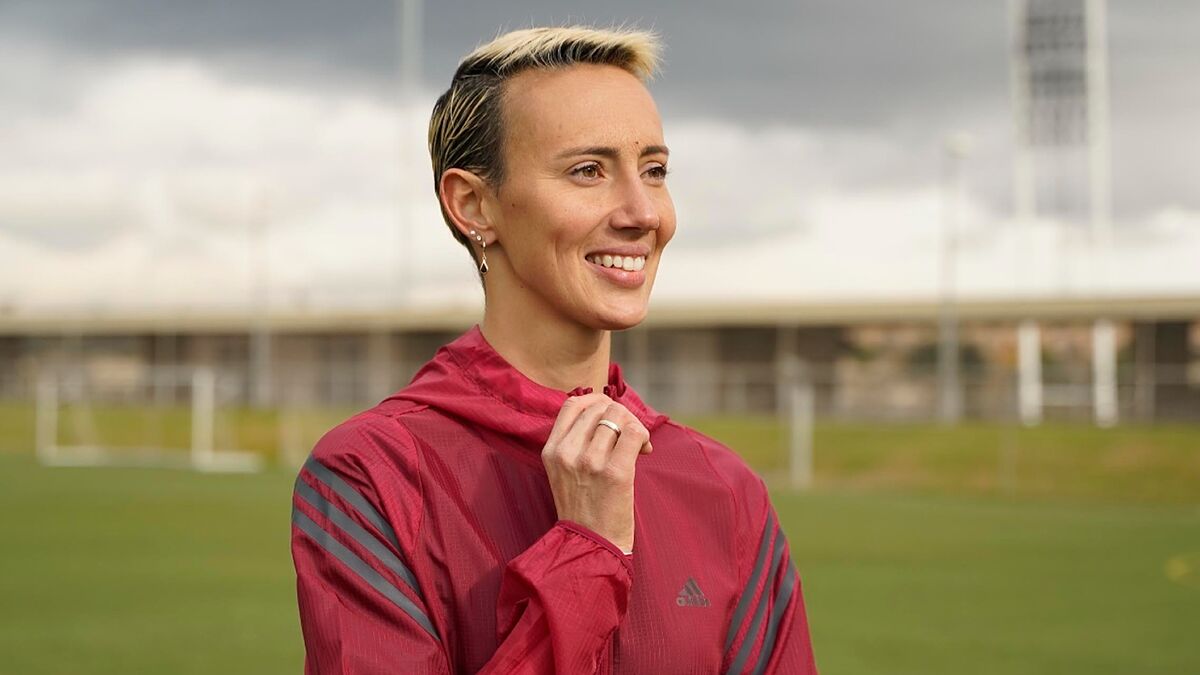 There are only six days left before the start of the thirteenth edition of the Women’s Euro Cup, an event that this time is held in England and that will mean the fourth participation of Spain. The team led by Jorge Vilda arrived in Italy yesterday, where they will carry out the last phase of their preparation for the continental event before traveling to British soil on Sunday. Virginia Torrecilla is not in the expedition, once fixed in the calls, but she will participate in the European Championship… as a columnist for MARCA.

Virginia will be one of the signatures invited by this newspaper in the continental appointment. “It’s an opportunity to experience the European Championship in a different way and to be able to send all my support to my teammates. They have a great team and I’m sure they’re going to do a great job,” says the protagonist. The Balearic footballer has been capped 66 times and has scored seven goals. He debuted on June 28, 2013 in a friendly against Denmark played in Vejle and that ended with 2-2 on the scoreboard. He started as a substitute and played the entire second half. Since then, He has participated in two European Championships (2013, 2017) and two World Cups (2015, 2019) being an important footballer and a reference..

Referent inside and outside the field

His last game with the national team dates from March 11, 2020 in the victory against England by 1-0 in the SheBelievesCup. Days after that tournament, Virginia was diagnosed with a brain tumor that required surgery, treatment and sick leave that lasted 686 days. “I have learned to live in the moment and enjoy every detail. I never imagined that my last game with the national team would be two years ago. Now I follow the national team closely because I consider myself part of the group, but knowing that my place right now is in this side right now,” says Torrecilla.

The disease (overcome) has changed the perspective of that talented and crazy soccer player who now shows herself as a tireless professional and realistic woman who continues to smile at life. “After everything I’ve lived through, I can say that the best thing is to work as a team, to be a pineapple, colleagues, friends. I’ve always had football as a priority in my life, but when it puts you in difficult situations, what makes you left are the people”, resolves a Virginia who promises to open his heart and capture his feelings on the physical and virtual pages of MARCA.

Virginia Torrecilla will not be MARCA’s only ‘signing’ for this European Championship. Manu Sánchez, who was coach of Montañeros, Orzán, Ural and Atlético Arteixo and Deportivo de la Coruña in the First Iberdrola will make a tactical analysis of all the rivals that the Spanish team faces. Under the Galician coach’s scrutiny, Finland, Germany and Denmark will go through to the group stage, although his professionalism means that he has his radar activated at all times to closely follow the rest of the participating teams.