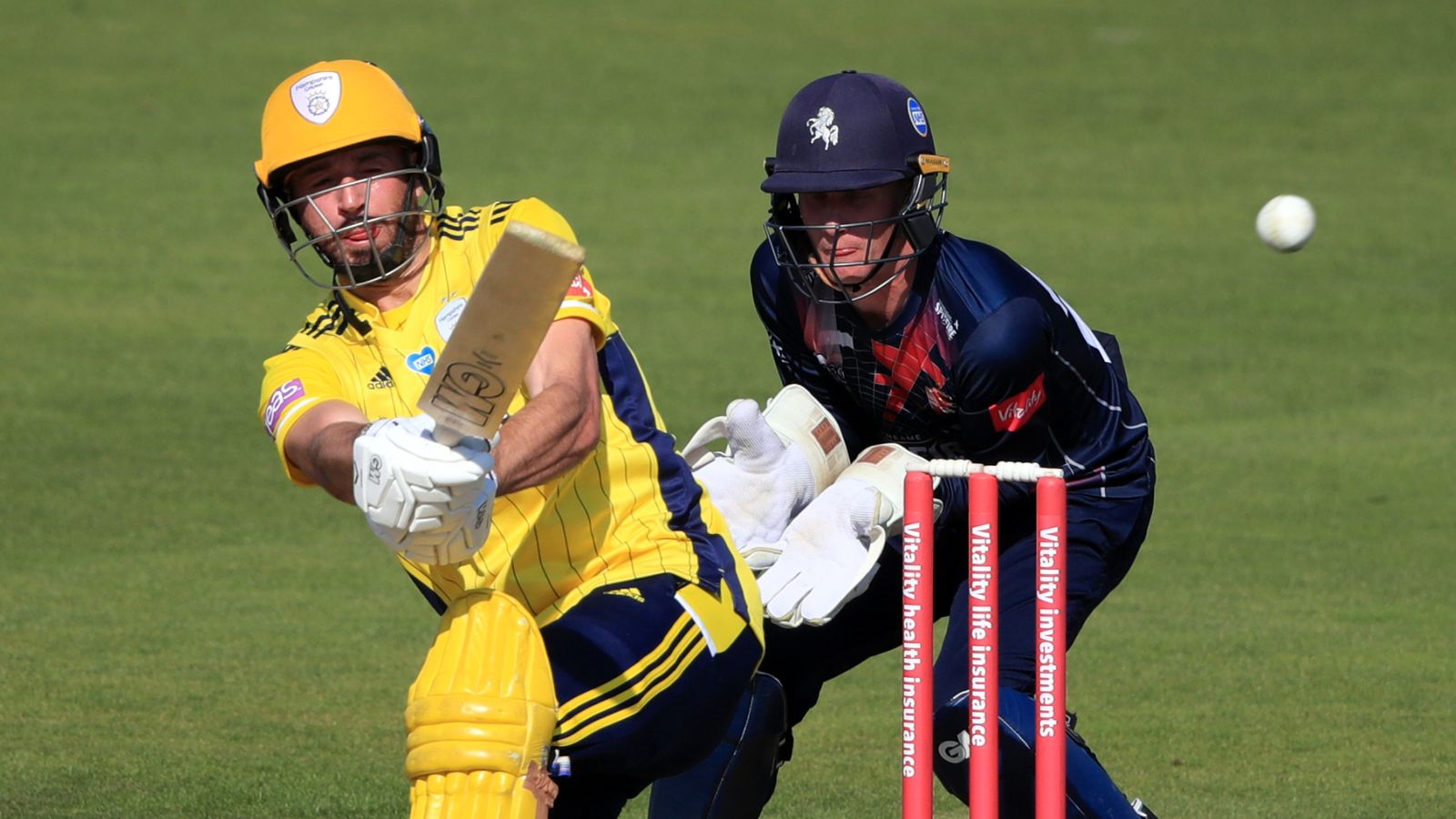 Vitality Blast Finals Day will be a southern affair as Kent, Sussex, Hampshire and Somerset battle for the coveted title at Edgbaston; Catch all the action live on Sky Sports Cricket on Saturday, with coverage starting at 10.30am

For the first time in tournament history, Vitality Blast Finals Day will be a South Group affair after Sussex, Hampshire, Somerset and Kent fired their North Group counterparts to reserve their spots in this year’s masterpiece.

All four semi-finalists have lifted the title since Blast’s inception in 2003, but now another historic chapter awaits in Edgbaston …

Hampshire were rooted at the end of Group South mid-stage, but a streak of five straight wins saw them sneak into the top four via net run rate, after they chased down 187 in just 13 overs to stun to Glamorgan.

His remarkable risk-taking behavior continued into his quarter-final clash against the defending champions Nottinghamshire Outlaws, who collapsed to a staggering two-run thriller in a low-scoring thriller at Trent Bridge.

The Hawks certainly have momentum on their side, and your hopes may rest on their explosive high-level trio of James Vince, D’Arcy Short and Joe Weatherley.

Seamers Scott Currie and Brad Wheal have caught 33 wickets between them, and English spinners Mason Crane and Liam Dawson will certainly have a pivotal role to play.

Vince has already captained Southern Brave to glory at the inaugural Hundred, and is now bidding to complete a limited double at Edgbaston.

It has been an unforgettable summer for the Hawks skipper. He made his first century international against Pakistan after winning an unexpected call-up alongside ODI, and has been in prolific form across all formats.

The 30-year-old has been included as a reserve in next month’s T20 World Cup squad, and may serve another timely reminder to England’s hierarchy as he guides his team to a third win in Blast.

Somerset has a wealth of talent emerging through the ranks; Despite his nonchalant form, Tom Banton is a match winner, plus Will Smeed, Tom Lammonby and Lewis Goldsworthy have played leading roles throughout the competition.

The 2005 champions, who defeated Lancashire in the quarter-finals, also have no shortage of experience, with Lewis Gregory, James Hildreth, Tom Abell and Roelof van der Merwe in their ranks.

They have a multitude of hitting options at their disposal, though they won’t feature New Zealand’s Devon Conway, who logged four half centuries in his eight outings at Blast, compiling 309 runs at a whopping 61.80.

South African sailor Marchant de Lange has been their top quarterback with 17 wickets, while Gregory and England star Craig Overton claimed 12 wickets apiece, but Van der Merwe’s control and cunning were able to keep the key on the ball.

Having signed his first professional contract with Somerset last summer, Smeed is now promoting himself as one of the most exciting prospects in the country after enjoying a brilliant breakthrough campaign.

The 19-year-old is Somerset’s leading career scorer in the Blast; racking up 327 runs in 11 innings, he was a revelation for Birmingham Phoenix in the Hundred, becoming the youngest male player to appear in the tournament.

The talented teenager acts with a refreshing exuberance, and his experience of Edgbaston’s conditions could prove invaluable. You’ve had a dreamy summer, but will it have a fairytale ending?

The Spitfires topped the Group South table with nine wins from their 14 games, and they quickly progressed to Finals Day with a complete quarter-final victory over the Birmingham Bears.

The formidable trio of Matt Milnes, Freddie Klaassen and Adam Milne has been instrumental in the Spitfires’ success, although Milne’s IPL commitments have excluded him from Saturday’s masterpiece.

However, Kent’s superior order has shown remarkable consistency throughout the competition, with Daniel Bell-Drummond, Zak Crawley and Jordan Cox surpassing the 300-race mark.

Milnes has been one of the rising stars in all formats this summer and, in the absence of Adam Milne, he will look to spearhead the Spitfires’ attack on Finals Day.

The 27-year-old enters the season confident, after posting a career-best 6-53 in his recent County Championship win over Leicestershire.