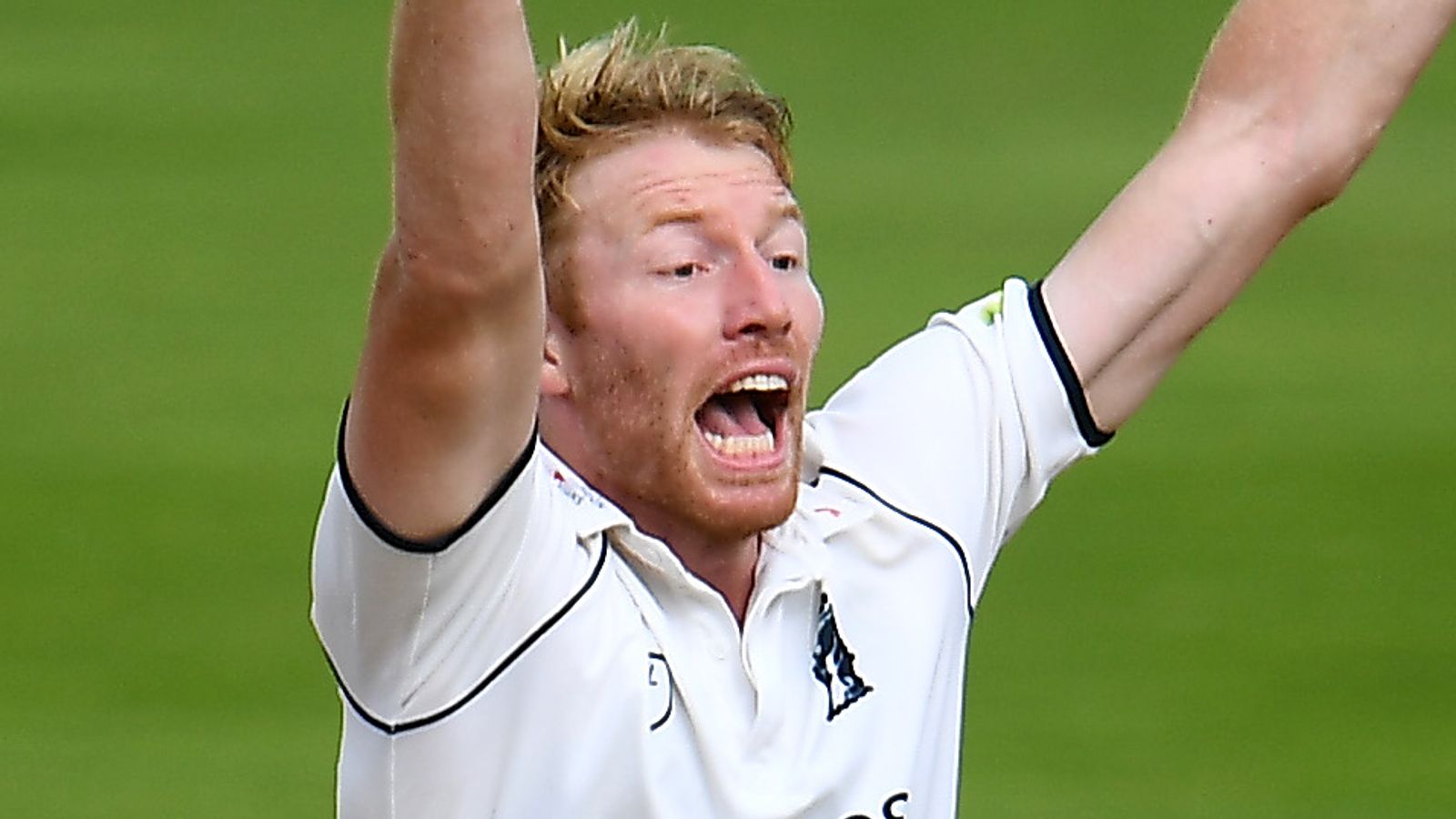 Warwickshire takes a 440 early inning lead to 518, then cuts Lancashire to 171-6 on day three at Lord’s; Watch the fourth day live on Sky Sports Cricket and our YouTube channel from 10.20am on Friday

Warwickshire is just four wickets away from adding the Bob Willis Trophy to its County Championship title after dominating Lancashire again on day three at Lord’s.

Lancashire faced a huge deficit in the first inning of 440, and staggered to 171-6 before bad light and light rain forced players to leave the field at 4.15pm.

Seamer Liam Norwell (2-32) excelled in grim conditions as Red Rose County, which played just 78 in its first innings, weakened under the weight of Warwickshire’s 518s.

The county champs started the day batting under the spotlight at 464-7 with a sizable 386 lead and added 54 more to deepen the Lancashire blues.

Captain Will Rhodes (156) showed no intention of testifying, but added just five to his 151 overnight before Jack Blatherwick (3-80) produced a pearl delivery around the wicket that ran down the slope. to hit the top of the stump.

Norwell (2) was castled cheaply by the same pitcher before Matt Parkinson (4-78) finally finished the inning by pitching to the advancing Manraj Johal, breaking a final 31 wicket position with Craig Miles (30th).

Lancashire avoided a repeat of their implosion in the first inning despite the early loss of Alex Davies (11), who headed to Warwickshire, who called for a quick offside single only to be delivered by Miles’s direct hit on his final blow to your county sooner. move to Edgbaston.

A position of 71 in the second wicket between Luke Wells (41) and George Balderson (65) carried Red Rose County comfortably past their first-inning score, but Warwickshire quickly fell back.

Tim Bresnan broke partnership with a delivery that bounced enough to take the edge off Wells’s bat, and though Balderson raised his fifty, his third in 11 first-class games, on 111 balls with eight fours, the score soon hit 120. 3.

Josh Bohannon (8) was the third to go down, and tamely, too, when he dodged a Norwell pitch off the stump and guided the ball into Sam Hain’s hands on the slide.

The fourth wicket was a beauty: Norwell pushed one away enough to hit the edge and hit the top of the stump to put Lancashire 288 behind in the tea at 152-4.

Warwickshire bagged his fifth when Danny Briggs, with a bit of extra flight, tempted Steven Croft to drive easy and Bresnan broke the edge on the slide, though subsequent replays suggested he may have hit the ground instead of the ball.

Captain Dane Vilas (25) couldn’t stop the rot, undone by Miles’s ability to swing the ball both ways and play hesitantly off the stump to present Hain with a second catch.

At the time, the end seemed to be near, but with drizzle and cloudy skies above their heads, referees David Millns and Mike Burns had no choice but to head to the pavilion.