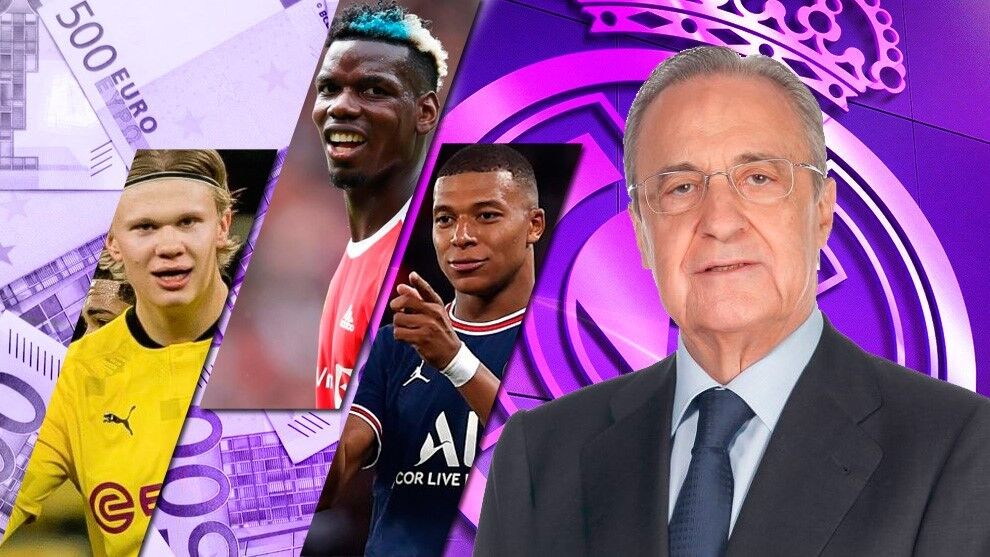 Kylian Mbappé has always been the first objective of Real Madrid for this transfer market. The French striker ends contract in June 2022 and from the offices of the white entity they worked non-stop to get the ‘Operation Mbappé’. The summer soap opera ended with an abysmal offer of 200 million euros for Mbappe but PSG did not reply to the proposal because they want to convince him to stay with the new Parisian project led by Leo Messi and Neymar.

Florentino Pérez He ended up making a last-minute signing and, as has happened in recent transfer markets, the white bet is the young talents of the world. Eduardo Camavinga he became the latest addition to the merengue team in exchange for 40 million euros. An operation in which PSG was also interested in getting the services of Camavinga and that could have pissed them off at the operation of Mbappe.

With all the soap opera closed, many soccer fans may wonder: What other galacticos could Real Madrid have signed with 200 million euros? A question that many names appear on the table and that, on occasion, have sounded to play this season in the Real Madrid. Haaland, Pogba, Kane, Sterling, Mané, Lewandowski, Foden, Goretzka, Kanté…

Haaland and Pogba, the most feasible cases

In case of Haaland it could have been possible but the Sporting Director of Borussia Dortmund, Michael Zorc, closed the exit doors after the interest of teams such as Chelsea and PSG. But the Norwegian sees well that of playing for the white team and the machinery is up and running. The good relationship between the leaders of Real Madrid and Borussia Dortmund plays in favor of the madridistas, but the Germans will seek their benefit as is logical. According TransferMarkt, Haaland has a market value of 130 million euros, but the offer will be less.

As to Paul pogba, we can compare it with the situation of Mbappe. The French midfielder will give up different proposals that come to him, either for renewal or for signing. Pogba is looking forward to playing for Real Madrid from the express request of Zidane when he was on the bench. He has fought it to the limit and even on occasion has been very close to achieving it, but in the end everything fell apart.

The value of players in the transfer market has increased a lot in recent years. Therefore, the clubs take advantage of the situation to sell for the highest possible price. This situation happens to Real Madrid, the clubs know that the white entity has a lot of capital and they have to present a good offer to the clubs. One of those options is Harry kane He had ballots to wear the white shirt but knowing Daniel Levy, the operation would have been complicated and the transfer of great economic value. Other options are Sterling, Mané or Foden. Three ‘top’ footballers who 100 million euros, and even less, could be in the Madrid squad and would enhance their chances of being champions of the Champions or League.

Still, the goal of the Real Madrid it’s clear, get that Mbappe dress in white but we have to wait until January to negotiate with the French. The bad thing is that there is fear in the white entity in case they manage to renew Mbappé but, seeing what happened several days ago, he does not want to continue at PSG.

Osasuna dismisses the season with only two forwards