Anadolu Efes, who came out with 3 wins in a row in a season that started badly in Turkish Airlines EuroLeague, will play a tough game and host the Greek representative Olympiakos, who is in 2nd place. Simon’s jersey number 44, who retired during the halftime of the sold-out match, will take its place in Sinan Erdem. When is Anadolu Efes-Olympiakos match, what time is it, on which channel? The answers to the questions and pre-match details are in our news.

Anadolu Efes, the champion of the last two years in Turkish Airlines EuroLeague, could not enter the new season as they wanted. The Dark Blue-Whites, who could not take part in the field due to Larkin’s injury, managed to recover despite everything. After the victory in Barcelona at home, Anadolu Efes, which passed the last double match week without any loss and won its third consecutive victory, will try to continue this critical series against Olympiakos, one of the ambitious teams of this season. The fight will be played as a sold-out house at Sinan Erdem. After 10 weeks, Olympiakos is in the 2nd place as the follower of Fenerbahce with 7 wins. Lastly, the Greek representative lost to Maccabi in the last double match week and easily passed Alba Berlin. Anadolu Efes, on the other hand, rose to 7th place with 5 wins and entered the Play-Off scale.

When is Anadolu Efes-Olympiakos match, what time is it, on which channel?

Anadolu Efes-Olympiakos match, which will be played at Sinan Erdem Sports Hall, will start at 20:30 this evening and will be broadcast live on S Sport screens. All the details of the challenging match will be in our news with the live score tracking.

Krunoslav will be the 3rd to honor Simon

Also, during the Olympiakos match, the iconic number 44 shirt of Anadolu Efes player Krunoslav Simon will take its place at the Sinan Erdem Sports Hall as part of the tradition of “shirt retirement”. 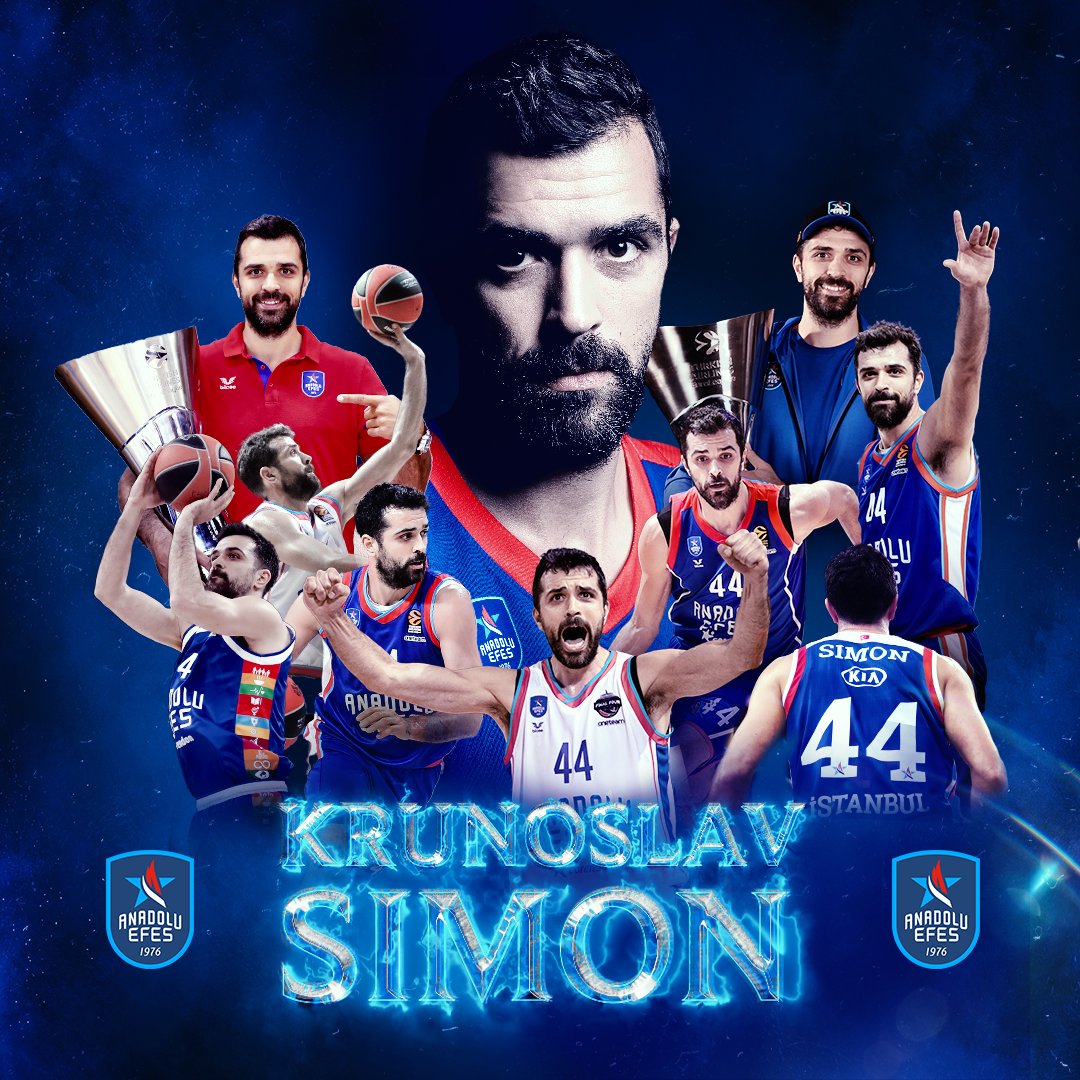 Krunoslav Simon will be the third name honored after Aydın Örs and Petar Naumoski, the legendary head coach of Turkish basketball and Anadolu Efes. The jersey number 44 will be hung at the ceremony to be held during the halftime of the match. Anadolu Efes Sports Club President Tuncay Özilhan will present a plaque of appreciation to Simon.