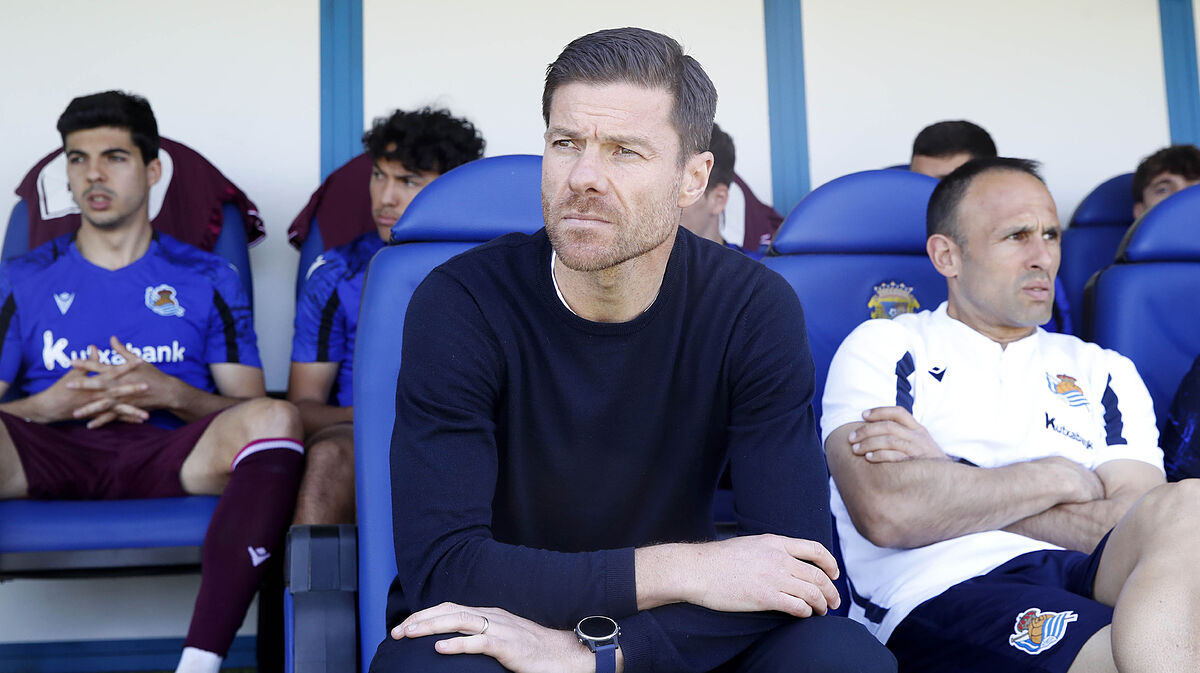 Xabi Alonso must decide shortly if you accept the offer from Real Sociedad to continue as head of the subsidiary, relegated this past Saturday to the First RFEF, or say goodbye and, after three seasons in the second txuriurdin team, he decides to take a new step in his career as a coach and accepts some of the offers he has to give the jump to first division, an option for which he seems to be ready.

Xabi Alonso has not achieved the objective of permanence in LaLiga SmartBank with Real B, but yes the most important in the txuriurdin club: train footballers for the first team. During the three years he has been there, there have been numerous promises from the txuriurdin academy who have debuted in the First Division and aim to be able to play in that category, the last players at the level of Beñat Turrientes, Jon Karrikaburu or Jon Pacheco.

Once the relegation to the First RFEF has been completed, the player from Tolosa must decide if he accepts the proposal you have from Real to continue at home or end this stage in a training team and make the leap to the elite, a step for which it already has offers. Last year he renewed in March for another year, given the rumors about his future, but at this time he has not done so.

With Imanol triumphing, it would be up to him to keep waiting

With Imanol Alguacil giving an extraordinary performance in the Real, with the Cup title and classifications for Europe in the three years that Xabi has been in the subsidiary, the passage to the first team today seems impossible. The player from Tolosa will have to assess whether he is still at home, waiting for his opportunity, in a subsidiary that aims to undergo a great transformation, or if he is packing his bags again to travel to the elite.

Jokin Aperribay and Roberto Olabe want him to stay, for what Xabi Alonso means for Real, for the reference he is for young promises and because he would be a luxury substitute for Imanol, if you had to look for him, but the tolosarra is ready to make the leap and in San Sebastián right now he cannot do it, so soon you must communicate whether or not to say goodbye to the club of his heart.