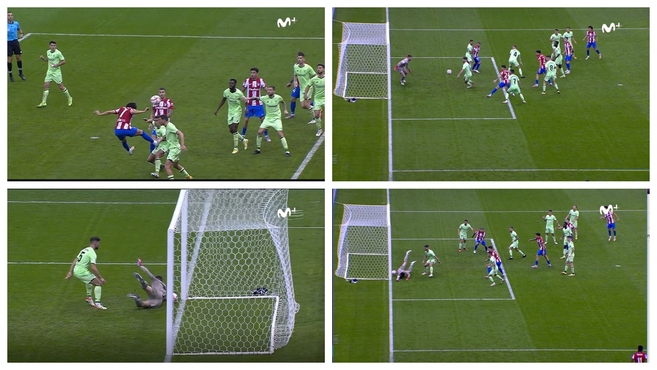 ANDn the 62nd minute of the game, the first goal of the game came as a result of a header by Joao Félix that ended up hitting Athletic’s goal due to a lack of understanding between Yeray and Unai Simón.

Lemar put a corner very far from the left side of the rojiblanco attack, beyond the second post was Joao Félix who in a very forced position and so that the ball did not go away he connected a header that could not even be considered a shot. However, with everything in Yeray’s favor, he decided to let the ball pass, while his goal was waiting for him to clear the ball, so he ended up reacting late.

The ball ended up crashing into the post and bouncing without being able to do anything to Unai Simón’s back, who watched in disbelief as the ball ended up going deep into his goal.