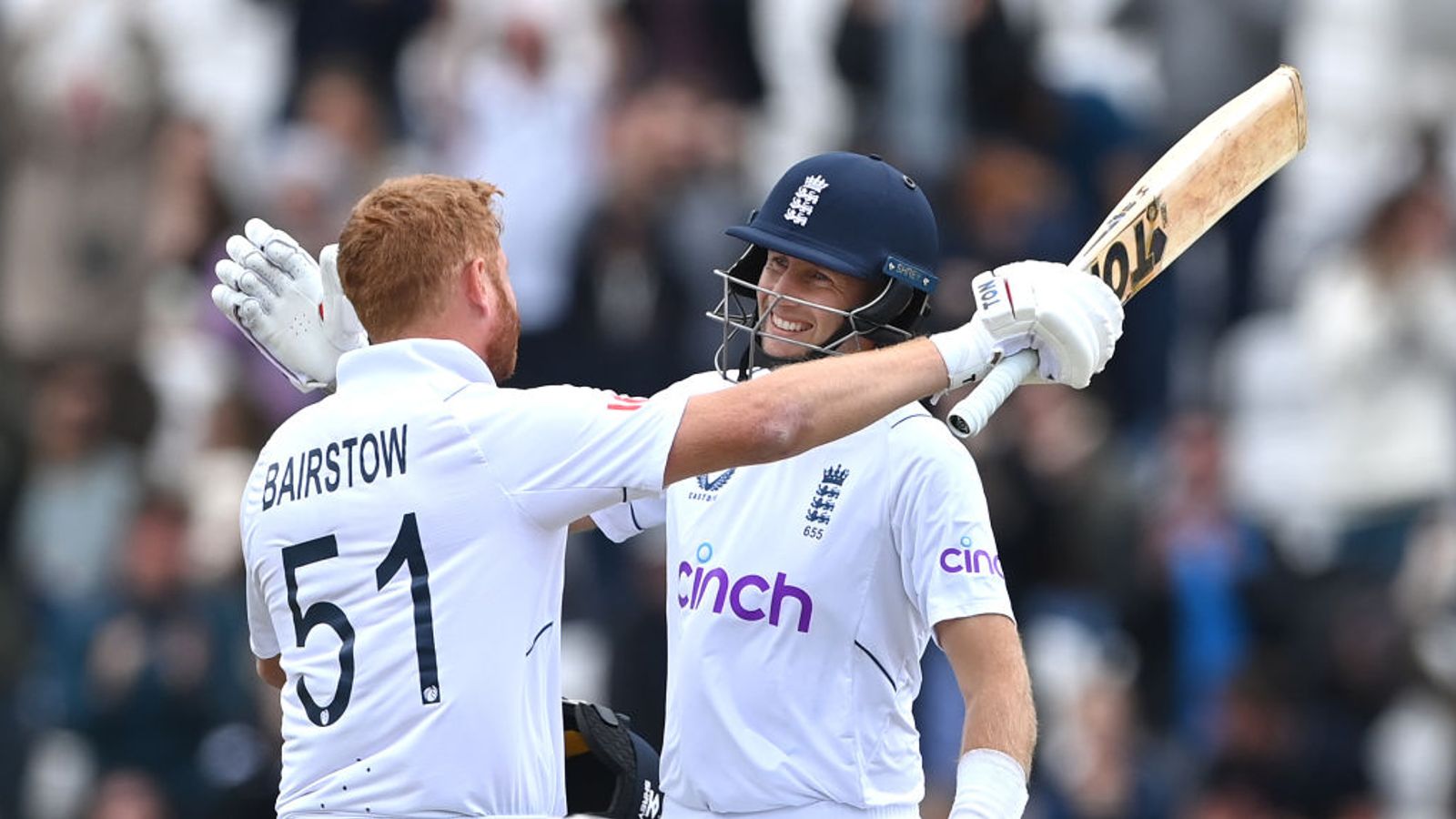 Joe Root went unbeaten in 86 and Jonny Bairstow (71st from 44 balls) blasted England’s second fastest Test fifty as Ben Stokes’ side completed a 3-0 series win over New Zealand with a seven-wicket victory in the third Test. in Headingley

Jonny Bairstow lit up Headingley once again as England raced to a seven-wicket victory over New Zealand in the third Test.

Rain in Leeds delayed the start of the game until after lunch and once the players entered the field, the home team, resuming 183-2 in their chase of 296, did their business quickly as Bairstow (71st on 44 balls). he bombed England’s second fastest Test fifty, 30-ball.

Ollie Pope (82nd) ​​missed his chance to reach a century when he was dropped in the first over of the day, while Joe Root (86th), scoring at a good pace, ran out of time to reach triple figures in mid-attack. of Bairstow.

In total, England needed just 15.2 overs to cross the line (Bairstow sealed it with a huge six) and secure a 3-0 series over the reigning Test world champions, maintaining their perfect start under head coach Brendon. McCullum and Capt. Ben Stokes.

When the game finally started, two and a half hours later than scheduled, the expectation was that it was only a matter of time before England managed the 113 more runs they needed for victory.

However, Tim Southee soon provided a reminder that that was far from a given when he tore off Pope’s stump with the fifth ball of the day.

It was a beauty coming back to Pope, who added just one to his score overnight and ended a standing 134 runs for the third wicket.

Where previously the early strike may have cast doubt on the England team, the new approach is simply to hit back harder, and that is what Root and Bairstow did, hitting two bounds each off Trent Boult in the next over. to remove the required races. in double figures.

Southee had started well, but that didn’t stop Bairstow, in the shape of his life, from pumping it over his head by six and before long, society 50 had been reached and in the blink of an eye, England. No 5 had amassed a half century of his own.

Fewer than 50 were required when the ball disappeared for a long time as Bairstow disdainfully hit Michael Bracewell in the stands, by which time any hint of danger had long since vanished.

The chances of Root reaching a hundred were also rapidly diminishing. There just wasn’t enough racing to go around with Bairstow like a runaway train hurtling towards the finish line.

Thankfully, Root hasn’t been short of tons of late and was happy to see his Yorkshire team-mate pummel Bracewell into the stands one last time to clinch victory just 64 minutes into the day.

England captain Ben Stokes: “Coming out with a 3-0 series win against the best team in the world is a very special way to start.

“When I took on this job, it was more than results for me, it was changing the boys’ mindset towards Test cricket.

“It was about having fun and enjoying being there and representing your country, then the results will come.

The English player of the series, Joe Root: “(Bairstow) is playing with such confidence and freedom. You just try to play what’s in front of you and one of the best things about this series is the guys just seemed to get more confident and calm. It’s just so much fun to play. we all love to play it and it’s great.

“I think it’s important that we enjoy this series win. It’s been a tough road for this test team and if you can’t enjoy it, what are you playing for?”

New Zealand captain Kane Williamson: “It’s been an incredible series and in all three games we’ve certainly had our chances.

“But thanks to the way the English team played, when they came under pressure they decided to fight back.”

sky sportsNasser Hussein: “(Joe Root and Jonny Bairstow) have been so impressive with the bat at all times. The Yorkies will have loved that.

“That was outstanding from England. Context is everything, from where they were, one of 17 test wins… that’s really brilliant for the game of cricket.”

Ben Stokes’ side return to action on Friday when they take on India in the rescheduled fifth test against Edgbaston, live on Sky Sports Cricket. Coverage begins at 9:30 a.m. and the game starts half an hour earlier than usual at 10:30 a.m.

Meanwhile, Heather Knight’s England take on South Africa in the only round of the multi-format series. Day two is live on Sky Sports Cricket, Mix and Main Event from 10.30am, play starts at 11am