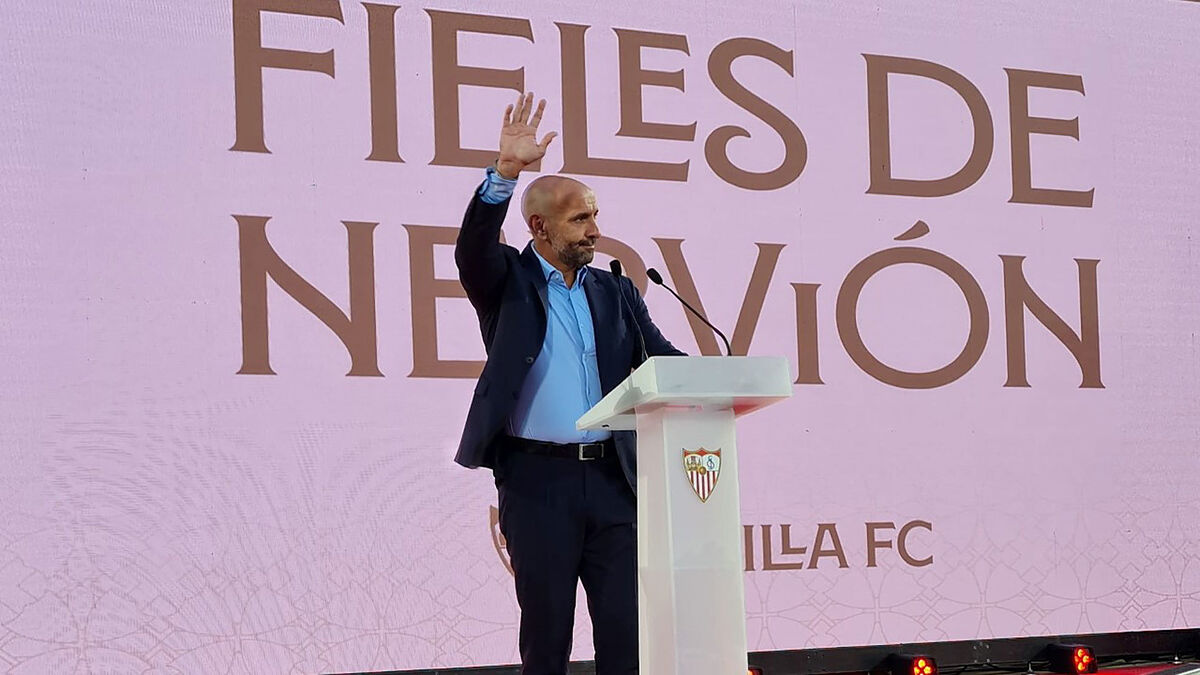 The act called Fieles de Nervión has been held again on the night of this June 21, after being postponed twice, being the last one in the summer of 2019, shortly after the club announced the signing of Julen Lopetegui. The senior staff of Sevilla attended the event, with the president’s final speech. More than 4,500 members have attended it, many of them honored for reaching 25 years of subscribers this year (or those of the pandemic). Others, for the 50s, 60s and even 75s, for Sevilla’s number one partner, Domingo Muñoz González. A celebration held in the Sports City and where an atmosphere of brotherhood has been breathed between fans with so many experiences in Seville.

Monchi, general sports director, started the event encouraging the assembled sevillistas, as only he knows, and showing sevillanía at the beginning: “We haven’t seen each other for three years. Three difficult years personally. First round of applause for all Sevillians, Sevillistas and Betis, who have gone to the third ring”. “In these three years we have achieved very nice sporting goals, such as the Europa League and the Champions League. We have also had moments of doubt. Even me, in case my contribution was necessary. They dissolved quickly,” he acknowledged. “Three years ago I asked you for confidence in a moment of doubt. Now it seems that there are also doubts. And it is normal because we are installed in the elite. I would ask you not to doubt, trust. I already tell you that the final result is going to be beautiful. Improving what is done is not easy, but with everyone’s enthusiasm we will achieve it. It is the preseason that I am most excited about”, he concluded to applause.

The culmination of this celebration was put on by the Sevilla president, José Castro, who climbed onto the prepared stage and gave a speech that mixed gratitude and encouragement for the future, which will be drawn with the team that Monchi is trying to put together, in a market that was on everyone’s lips, at the moment excessively stopped due to the lack of asset sales in most Spanish clubs. “There is nothing more fair than paying tribute to your faithful infantry, the one that was always there, the one that always is, the one that will always be… We pay tribute to those partners who never said never to Sevilla,” he began.

“Today those subscribers who got their first card in the 94-95, 95-96 and 96-97 seasons debut as Fieles de Nervión. We all remember that time, so different from today. We fought in the street for that permanence in First that they wanted to snatch from us in the office, We were celebrating like crazy Suker’s goal against Olympiacos, which put us in a simple UEFA round of 16 and we wept disconsolately for the descent of the Tartiere. Today, both tears and joy have a very different flavor,” added the president.

The Utreran president also wanted to send a message for the present and the future, where Sánchez-Pizjuán continues to be that stronghold that has seen so many successes for his team: “Our Sevilla has nothing to do with the Sevilla that most of us subscribed to for the first time. And if that has happened it is largely because of you, the most faithful, those who never left this club alone. Keep going pushing, continue to be demanding and at the same time generous, because your demand chisels our determination to continue growing”. “All together we are called to face exciting challenges in the coming season. And, do not doubt it, with you at the head it will always be easier. And it will be better, much better”, he concluded.