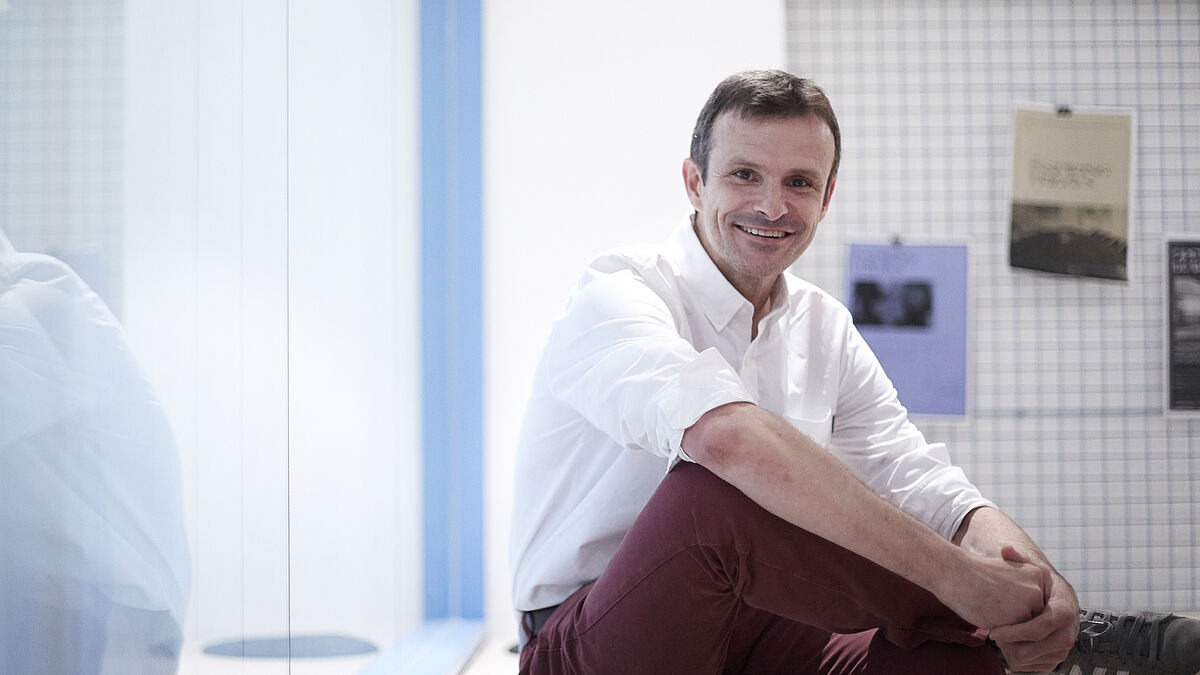 Jon Uriarte (44 years old) is the youngest of the list of candidates for the presidency. The Izan Athletic candidate transmits closeness in a talk that he asks to delay for a moment to answer a call. His working group, on the other side of the door, closes details of the last two presentations of the campaign. They are on a crusade that they want to close successfully: “ We are going to have an impressive challenge and we have set ourselves a period of 180 days to confirm that the diagnosis made is correct and adjust it. We can’t waste a second“, he maintains.

What is your first memory of San Mamés?
I started going with a neighbor of ours, who had three children and they were very interested in us. I was younger than his children and he sponsored me to take me. The first strong memory was a UEFA match against Juventus after losing 5-1 in Turin My father took me, who was a member and a staunch fan, but when he got married he made the promise that he would stop going on weekends to football. He worked a lot and they agreed that at least on weekends he had to leave them for the family. He broke that promise in ’89, in that game, and he took me and my older sister. I remember a lot about that game, even before entering the exterior of San Mamés there was a mayonnaise promotion and they gave away jars.
What place do you occupy in the field and how long have you been a member?
I have been a member for 25 years and always in the Main High Tribune.
Do they look at you differently on the street because of being a candidate for president?
Yes and I hope they do it with good eyes. I have lost my anonymity. The one who doesn’t look at you or says something to you makes a gesture with his elbow to the one next to him.
Do you have a plan for June 25?
Work in the club. We are going to have an impressive challenge and we have set ourselves a period of 180 days to confirm that the diagnosis made is correct and adjust it. We can’t waste a second.
Against which rival do you never like to miss the match of each season?
The ones that are played against Real Madrid, which is a historic rival, in recent years I have been quite drawn to Barcelona, ​​which has caused me to experience many disappointments, and then I have a family from Gipuzkoa and we experienced the derby with Real in a very special.
Who is the player that has made you enjoy the most with the rojiblanca?
I started with Alkorta. I loved his snatches from defense. I also liked how he left Athletic for Real Madrid, crying because he didn’t want to leave. It stuck with me. Then one of my references was Josu Urrutia, who was a student of Lauro’s, where I was studying, and you saw one of Lauro’s coming to Athletic. He gave hope. But my first idol was Julen Guerrero, who was a great player and a good person. In fact, there was a time when I wanted to cut my hair like him. From then on, you are celebrating your birthday and you no longer have so many idols.
And the coach who has taken the face more than once in football discussions?
Txingurri Valverde. It may be that all the merit that he has had in the two stages has not been recognized. He did an impressive job. Others are just as famous or more marketinian, but Valverde’s work has been great.

We do not come to appear or be in events, we come to change Athletic with teamwork

What has been your strangest or most remembered trip to see an Athletic match?
Not that there have been rare, but one of the most disappointing was a European group stage match against PSG. There was trouble here and the Paris game was declared high risk and we couldn’t move much down the street. It was a match without salt.
Are you in favor of the president of Athletic having a salary?
No, of course not. I didn’t come here to make money. I’m here to work for Athletic with nothing in return.
Where would you like to have your office: Ibaigane, San Mamés or Lezama?
You can be in all three, but knowing what your skills are and where you can add more value. In my case it is in Ibaigane.
Will it be an executive or institutional president?
Executive, otherwise I wouldn’t have come here. We have said it from the beginning: we do not come to appear, to be in events, we come to change Athletic But it is going to be the work of the whole team. This is not just one thing.
Florentino Pérez, Cerezo, Laporta, Ángel Torres, Aperribay…. Is there anyone who calls your attention for something?
Everyone has their way of doing things. There are models in which good work has been done, such as Villarreal or Betis recently. Profiles with people who love your club.
The elected president will arrive at a time of institutional upheaval between the League and the RFEF. What will he do?
I do not understand that you have to take part of a side. You have to try to make the relationship with both of them positive. The first thing is to talk to them and listen to try to build bridges, but we don’t know what we are going to find.
Do you know how many workers the club has on the payroll?
You look for data and what you find you do not know if you are going to find employment contracts, freelancers, full-time…. In Lezama there are supposed to be more than 100 and in Ibaigane some less.
Will you talk periodically with the coach or report to the athletic director?
The general sports director and the coach will be in continuous contact and I will be informed of everything, but knowing that the job is theirs. They will have me at their disposal for anything.

Being president is a rational issue that is contaminated by passion. If you had no passion no one would get into this

Will you invite the other two candidates to your first official match in San Mamés?
In the campaign we are not seeing clean attitudes and I hope they change. If there is fair play, there is no problem in inviting anyone, clearly respecting the rules that prevail in the San Mamés box.
Can being president of Athletic be defined as an act of passion?
It is a rational issue that is contaminated by passion. You take this step because you see it as an obligation for a club that is deteriorating and needs to be transformed, but if you didn’t have passion, nobody would get involved in this.
If he doesn’t win, will he reappear or will he disappear from the scene?
I will leave without grudges and without desire for war. Right now I think I would try to regain anonymity. In the world we live in, there is an excess of news and what is news one day is forgotten the next. I would enjoy the team again with my friends and family And of course I would not think about what will happen in four years.