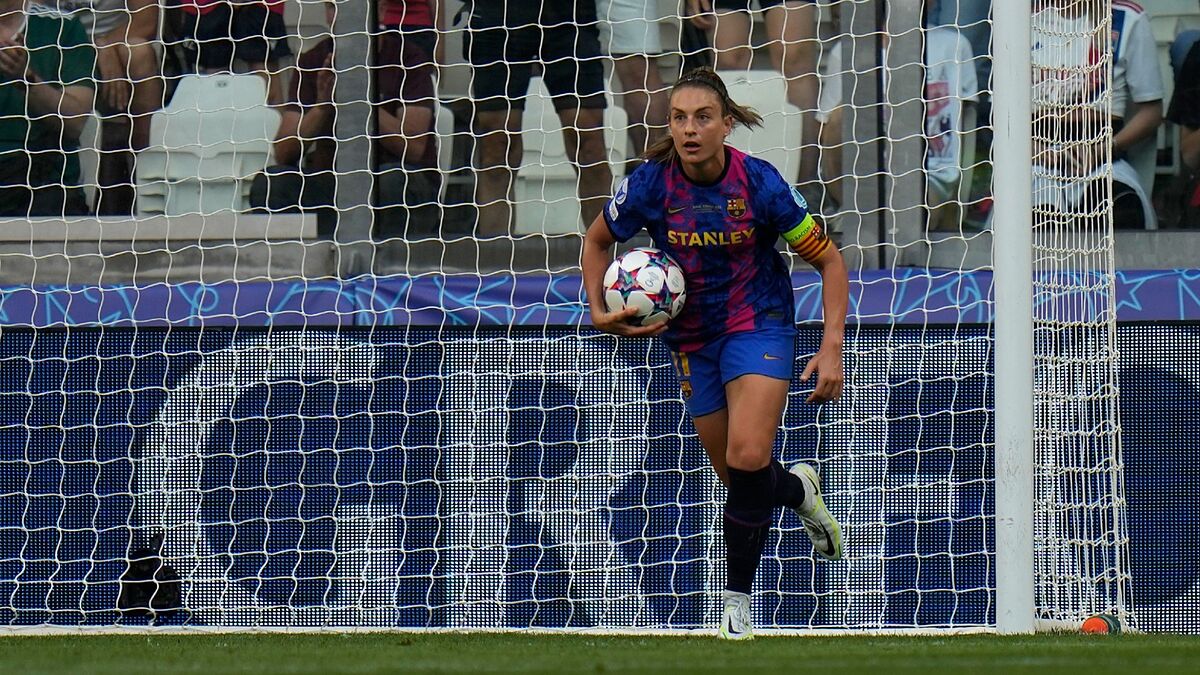 Alexia Putellas starred in the positive note by Barcelona in the Champions League final. The Barça captain Scorer of her team’s only goal against Olympique Lyonnais, ends the continental season as the top solo scorer with 11 goals to her creditone more than Tabea Waßmuth (Wolfsburg) and three more than Catalina Macario (Lyon).

Alexia has scored in eight of the ten games she has played in this Champions League, sharing his goals against Arsenal (1), Hoffenheim (3), Køge (1), Real Madrid (3), Wolfsburg (2) and Olympique Lyonnais (1). He only remained unmarked against Arsenal in the Emirates and against Wolfsburg on German soil.

This is the second year in a row that the Champions League has a Spanish and Barça top scorer after Jenni Hermoso and Fran Kirby (Chelsea) shared merit last year with six goals.