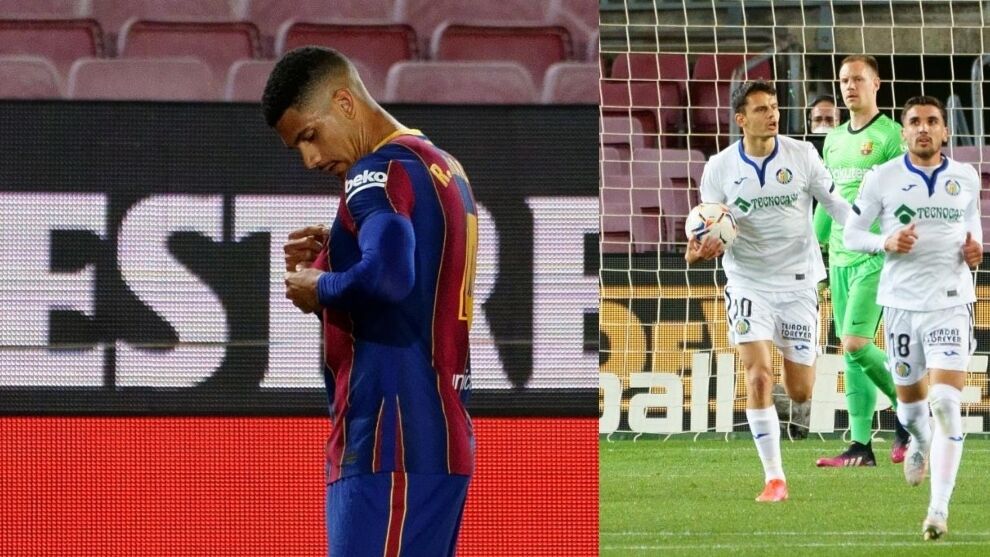 Ronald araujo He became the protagonist of the second half of Barcelona against Getafe. The Uruguayan central, what was alternate, jumped to the green after the break to replace Piqué and was in the most outstanding actions of the match until the final whistle.

With 20 minutes remaining, he rushed into the area, stepping on Enes Unal and allowing the azulones to get fully into the game.. “The penalty was a shame. You have to be more focused there …”, said the young Barça center-back, who, however, was able to make him forget his mistake shortly after.

His header at the near post off a corner ensured the local triumph, something he explained in Movistar after the game. “The truth is that I do talk to Messi about corners, he tells me to attack that area. I have the height to help the team and I wanted to do it. I already have two goals, “he added.

Regarding the game, the Uruguayan valued the reaction of his team and warned of all that remains in the final stretch of the championship: “It was a very rare game, but the team knew how to stand up and win, which is the important thing. We suffered a little in the second part, we were able to be more comfortable. What remains are final and each rival will give the maximum. “

Trippier’s passport after Brexit won’t be a problem

Celta makes official the transfer of “Toro” Fernández to Juárez

The ‘exit operation’, a puzzle for Monchi