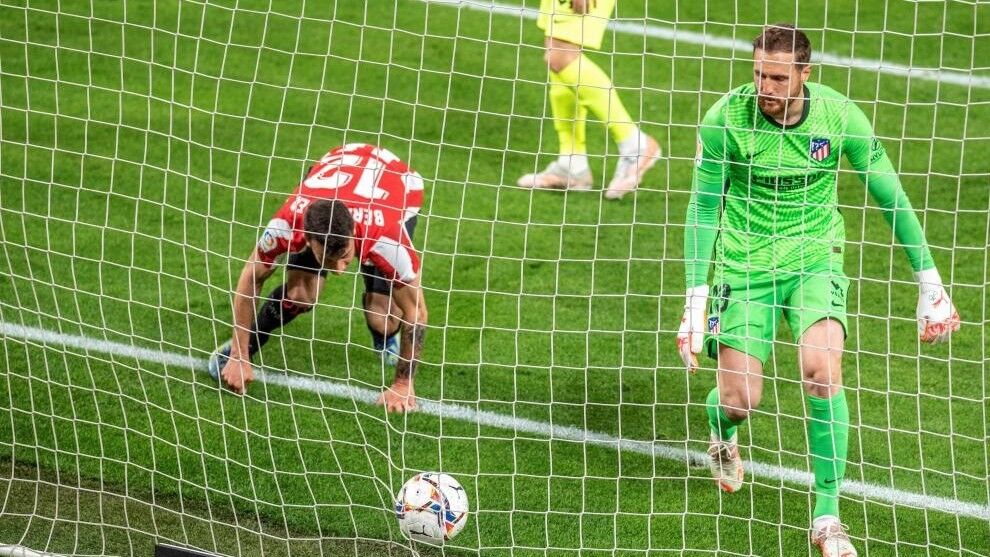 For several weeks Atlético brought together all the championship leaderships. The main one, the leader, raised the lead to 10 points (with one game less) in early February. But there were more and they had two proper names, Luis Suárez and Jan Oblak, who led the Pichichi and Zamora respectively.

The Uruguayan, stuck in the 19 goals,He has fallen from a fight in which his close friend Messi, with 25, leads a podium completed by Benzema and Gerard, with 21 and 20 points. In the absence of five days (six for Barça’s 10) and with Suárez returning from an injury, there is nothing to indicate that he can reverse the situation to win his second trophy for top scorer in LaLiga. And if that was not enough, he has just come out of an injury (he only played half an hour at San Mamés).

Much better you have it, in any case, Jan Oblak. The Slovenian goal continues to lead the classification of what would be the fifth Zamora of his career (a milestone that only Valdés and Ramallets have achieved in the history of the tournament) although on the last day he contemplated helplessly as he received two goals against Athletic and his advantage was reduced with respect to the other two goalkeepers who fight to take away the honor of being the best under the stick.

A FIGHT ON THREE WAYS

One, Courtois, is the current holder of the trophy after cutting Oblak’s streak of four Zamoras in a row last year. The other, Bono, went through Atlético years ago but has been at Sevilla where he has become a first-rate goalkeeper. The three, like this, are in a fist with percentages of so many conceded of 0.67 (for Atlético), 0.72 (for Sevilla) and 0.73 (for Madrid).

Be that as it may, Oblak’s main objective is not in his fifth Zamora but in finally conquering a great tournament (League or Champions) as rojiblanco. He arrived in 2014 and the Slovenian, one of the best goals in the world, is crazy to lift a first-rate collective trophy after winning just three rojiblanco titles: Spanish Super Cup (did not play), Europa League and European Super Cup.

Gudelj disappears from the map