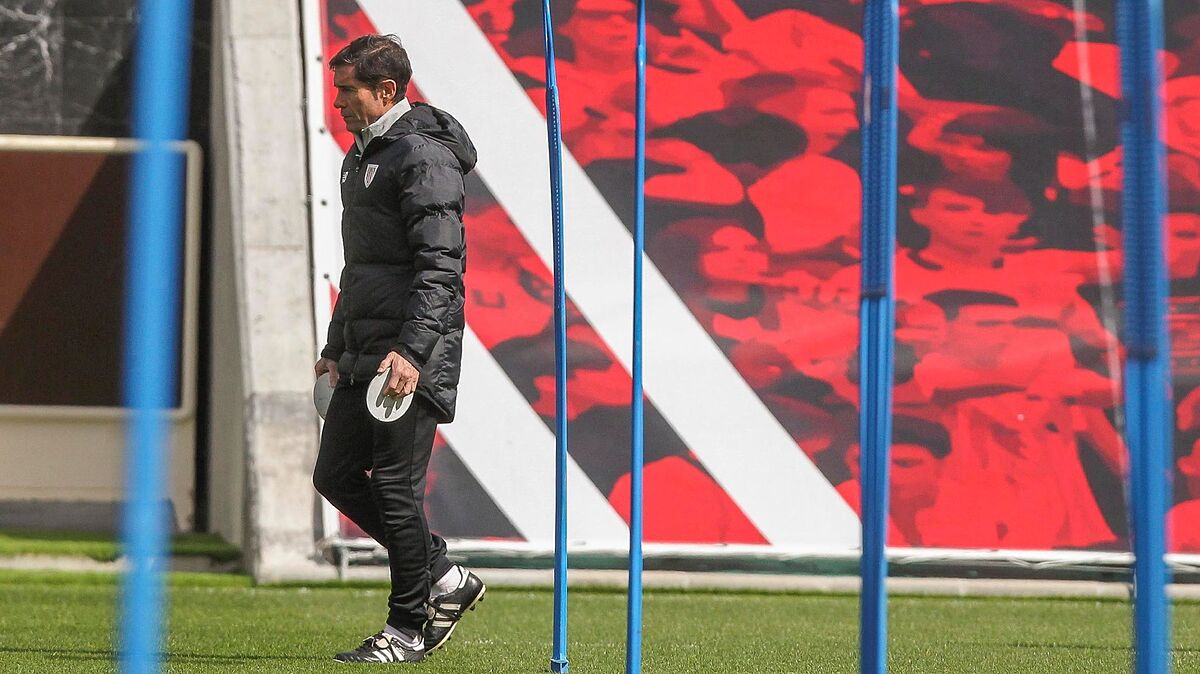 Marcelino trains with 21 players on the pitch in a session without the internationals, Nuñez and Peru. Zarraga left the field shortly after starting the exercises with the ball

ANDl Athletic jumps from LaLiga to the Cup, his big goal of the season. The lions have started this afternoon the set-up for the final on April 3 at La Cartuja against Real Sociedad. It is the pending duel of 2020: it will not offer a European prize, but a trophy and the historical tagline of seeing which team wins the first derby for a title. The lions will later (April 17) have a second option against Barcelona, ​​with which they will play the 2021 title in a final in which the winner will have a place in the Europa League. And if the winner finishes LaLiga classified for Europe, the position will fall to sixth place in LaLiga, opening the new Conference League to seventh.

At first of the twelve days until the end remaining for Athletic, the rojiblanco team trained on the pitch with 21 first-team players. The internationals Simón and Iñigo Martínez were missing, who have three games with Spain and unless Luis Enrique frees them from the duel with Kosovo they will not return to Bilbao until April 1, Peru, affected by Covid-19 and safe for La Cartuja because the The disease coincides with his set-up after a long injury, and Nuñez, of which there was no medical report. Shortly after starting the task in the field Zarraga withdrew, apparently with discomfort in his right knee. The midfielder had warmed up on the grass and in the gym, but withdrew in the first exercises with the ball.

Marcelino ruled out, for the moment, using the subsidiary to complete the preparatory session. The week before the Cup semi-final, the coach went up from Bilbao Athletic to Nico Williams and Artola, who then added 11 of the 25 goals that the team coached by Joseba Etxeberria had led. The plan for the final goes through four training sessions this first week and then, after resting on Friday and Saturday, approaching the duel with daily sessions in Lezama. The club has not yet announced when it will move to Seville, although it is certain that it will train at La Cartuja on the afternoon of April 2.

The draw against Eibar in the last official match before the final changed color on Sunday night when Real fell 1-6 with Barcelona. It is clear that the two teams will tiptoe through what was done in those meetings. Marcelino and Imanol are clear that April 3 will not be anything like that. In the first moments of the afternoon training Marcelino and Uria, second to the Asturian, had a chat with De Marcos.