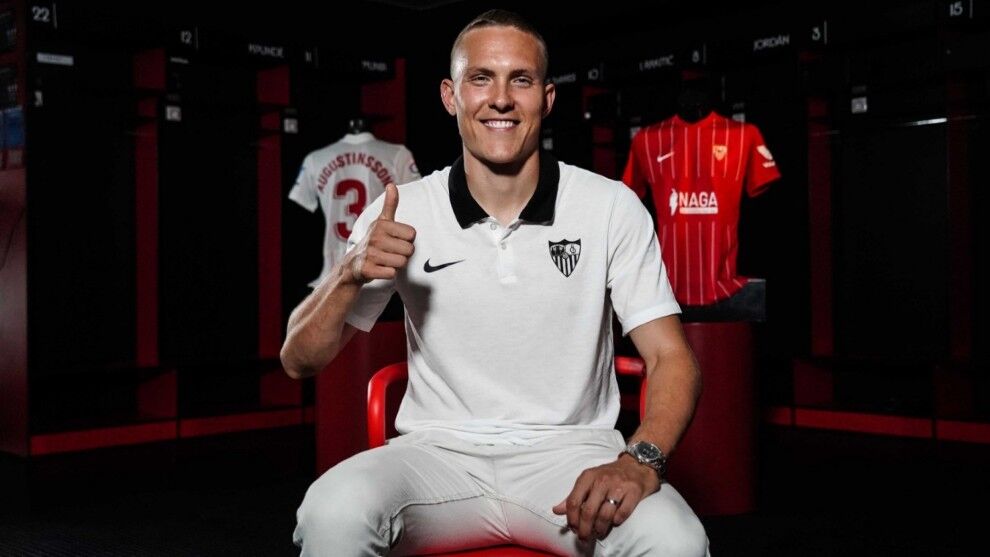 Ludwig augustinsson, already at the orders of Julen lopetegui, has been the quarter and last to date signing from Sevilla for this season. The Swedish footballer, who arrives pierced from the Werder Bremen and has signed a contract for four seasons (2025), has granted an interview to the official media of Sevilla. “I’m very happy. You never know what can happen in football. In fact I was here a few years ago watching a game with my old team (February 2015) because we did a stage near here. At that time I did not think six years later I would be playing here“.

“I found out about the interest in my agent. An offer came to Werder Bremen and then everything happened very quickly. I felt immediately that I wanted to do it. It was a very easy decision for me because I know what Sevilla has done in recent years in Europe, but also in La Liga, so It was an opportunity that I had to take advantage of“.

“I did not know, I did not know it. I feel very very proud, but it is also a responsibility, because I want to do well and show that the Swedish player has quality too. I’m looking forward to the challenge, and as I said before, I can’t wait to get started, to train with my teammates, and also to play games here in this incredible stadium with these fans that I have heard a lot about. “

Change from Germany to Spain

“I think I can develop a lot here as a player and I want to do it. I know my quality and I want to give 100% every day to be the best player possible, and have the responsibility to go out and play for this great club, so I’m very excited. What’s more, I have made great strides along the way, and I spent four years in the Bundesliga with Werder Bremen. Now, to have the opportunity to play in the League and in European competitions with Sevilla it’s a big, big step for me “.

“I would say that I am a gamer quite versatile, a good passer, that I have good ability to cut, and that I can develop both defensively and offensively. I can do both, which is important in my position. I would describe myself as that type of player, and also as a player who runs a lot and works hard for the team . I feel more comfortable, I would say, like left back in a line of four. I also played for Werder Bremen on the left of a midfield of five, a little higher. But you have to do the defensive work as a left back as well, so it’s not a big change for me. I think my best position is left-back. “

“In a club as big as this, it is already known that there is a lot of competition in all positions. Acuña is a great competition for me and I know that he has done very well here and also with Argentina, but I am looking forward to facing the challenge “.

Mikel Merino: “How beautiful it is to play football is combined with the Olympic Games”