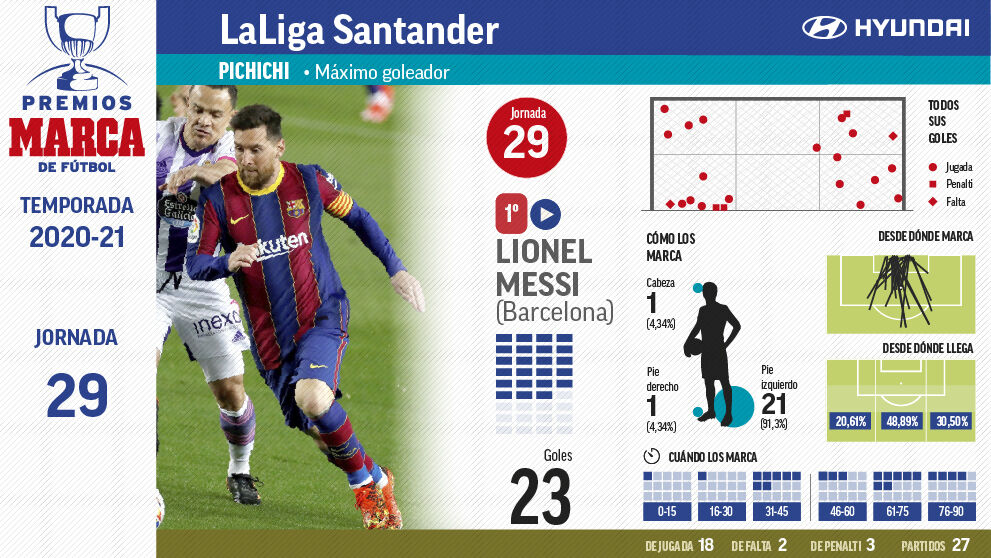 Both scored, although the Argentine still has a good cushion.

Karim Benzema and Gerard Moreno they cut distances with Leo Messi in the fight for the Pichichi. The Argentine could not score against Valladolid, which the French did, against Eibar, and the Spanish, with a triplet in Villarreal’s triumph in Granada. Another of those who is in the bid, Luis Suarez, also went blank.

Messi continues with 23 goals followed by 19 by Suárez, who will not be able to play the next day due to suspension, and by Gerrard Moreno. Things are tightening because Benzema gets 18 with nine games to go.

In the race for the Zamora, Jan Oblak He is still in the lead despite the goal he conceded against Sevilla. Thibaut Courtois He continues to stalk him after leaving his clean sheet against Eibar, so the fight to see who will be the goalkeeper with the least thrashed is also interesting.

Celta draw goalless under the fog