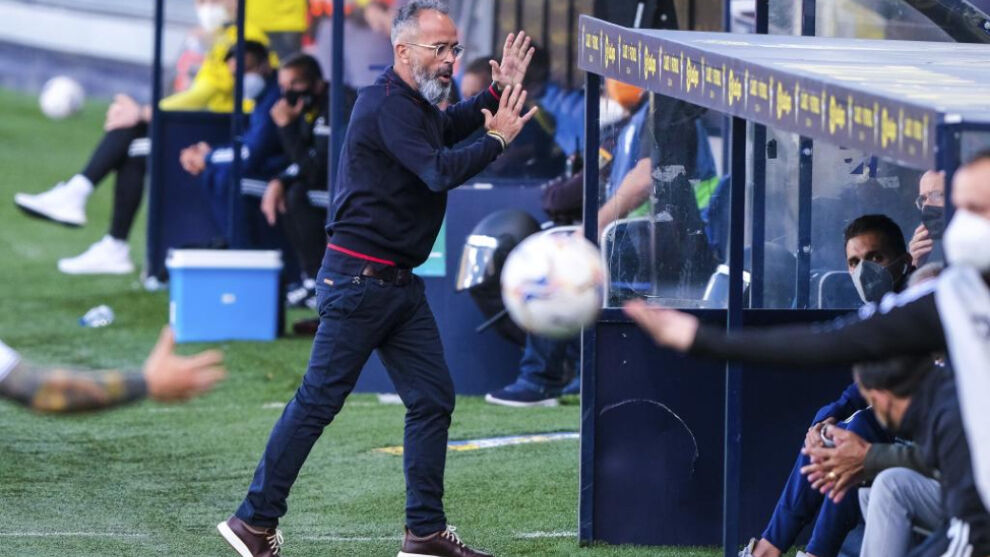 TOl Cádiz is routinely reproached or accused of being a ultra defensive team. A qualifier that does not bother Álvaro Cervera at all, who defends this position again and again and that, in addition, he has remembered, maintains and uses many teams when they face Real Madrid. The difference, says Cervera, is that for Cádiz, most of the teams they face should be considered the white team.

Therefore, the plan is clear and even more so after the victory in the first lap in Valdebebas: “They will have the ball, we will not. We will defend it and when we steal it or fail they will try to harm it. I can’t imagine a Cádiz coming out to press in the opposite field or leaving spaces. They handle the ball very well, they have a lot of quality and we will try to ensure that they have the ball where they do not harm us and that we steal where we can harm them “.

And he added that “for Cádiz CF the majority of teams are Real Madrid. We have to play to save ourselves and stay in the First Division. so that the club continues to grow. If anyone thinks that playing one-on-one with Celta and we can lose by a landslide, keep thinking about it. I do not agree. In other games we have played something else and they have beaten us“.

Despite the draw in Getafe of Zidane’s men, the Cadista coach sees the clear favorite to win the Champions League against Real Madrid to the whole of the French coach for whom he only has praise. “He seems to me a very simple person, he is a legend. He is a spectacular coach. He encourages his players a lot, he seems like an endearing guy. We are different because one trains Real Madrid and I train Cádiz. In his style, I like him as a coach. “

In addition, he does not believe that this Wednesday’s game resembles that of Bordalás: “The other day I had a lot of casualties. It seems to me that it is still a great team and is the candidate to win the Champions because I don’t see Madrid losing or drawing more games and I’m sure they are going to get an important game against us “.

Nor does he believe that the match will be very similar to the one in the first round where Cádiz beat the whites by the minimum: “We have seen again the match of the first round and it has nothing to do with it. I have seen them play lately, the game against Getafe is not a reference for me, and now against Barça and Liverpool, playing against it, it is more dangerous than having the ball. That was a capsized team and we hurt the backlash“.

The yellow coach is clear that Real Madrid “seems to me a great team, it is the candidate to win the Champions League under my visiting point. For tomorrow It is a game that will come with the mentality of staying alive in the fight for LaLiga. The dynamics will go more towards them than towards us, we will try to change that dynamic as much as possible “

Channels: “Betis has made me enjoy football again”

Emerson, Tottenham and a capital gain without effects for Betis at its limit

Tusquets denounces threats on the networks: “There were instructions to run over me”