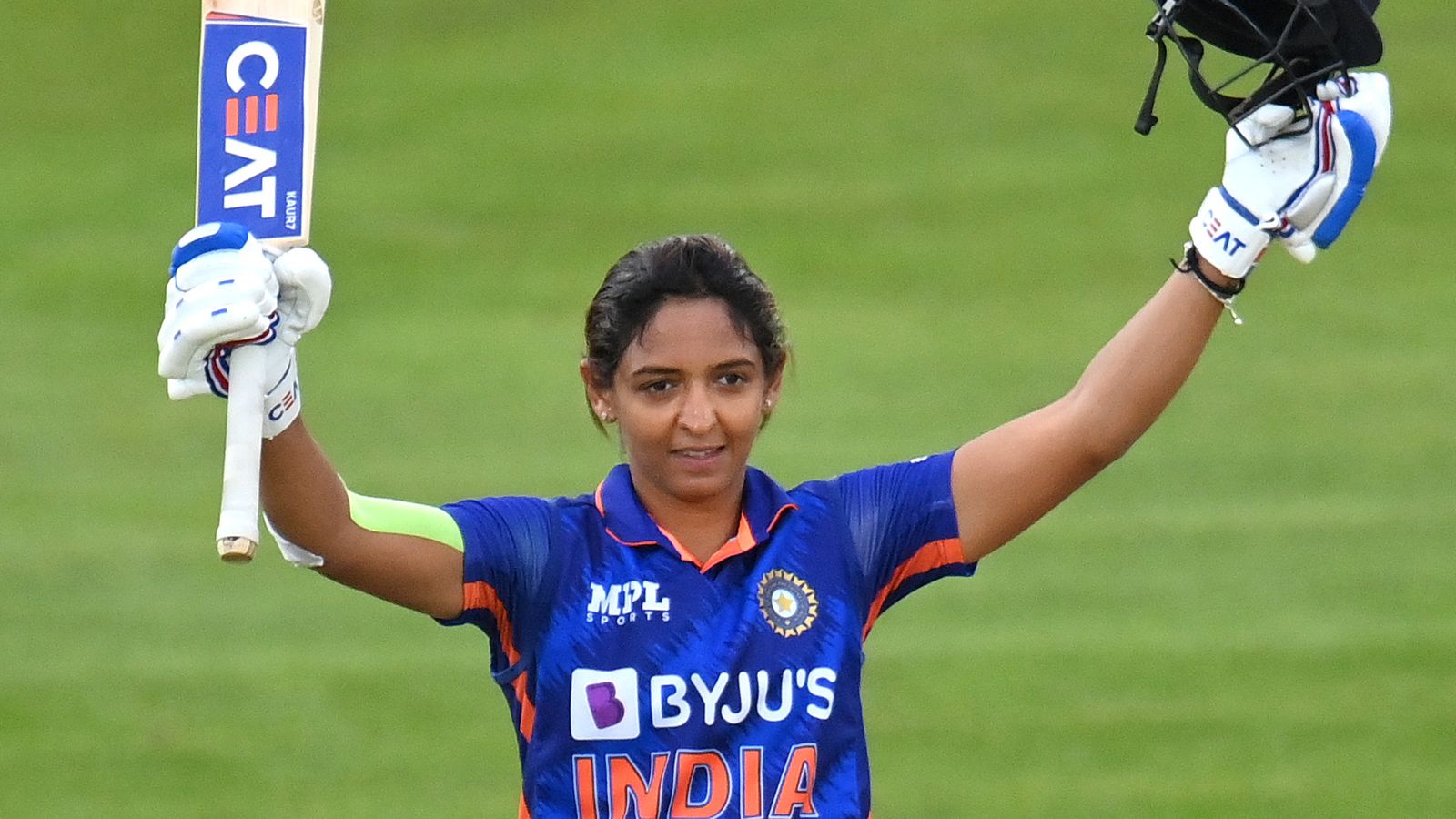 Harmanpreet Kaur struck out 143 not to help India post 333-5; England by 245 despite Danni Wyatt’s spirited half-century; Watch England take on India at Lord’s in the third ODI live on Sky Sports Cricket from 10.30am on Saturday

Kaur’s impressive 143 unassailed helped her team post 333-5 after being put up to bat, before England went for 245 to give India an unquestioned 2-0 lead before Saturday’s series finale at Lord’s. .

The defeat gives England their first independent loss in the ODI series at home since 2007 and is India’s first win in an over-50 series in England since 1999.

The Indian captain handled her tackles to perfection, steadily accelerating to hit 100 runs from as many balls, before breaking 43 of 11 deliveries to put the tourists in a commanding position.

Kaur was supported by opener Smriti Mandhana (40) and a first ODI of half a century from Harleen Doel, as the England bowlers received extreme punishment by conceding their highest total in an ODI at home.

Lauren Bell briefly set the record for the most expensive figures by an England female bowler in an ODI when she finished 1-79, before debutant Freya Kemp, who scored 26 runs from an 11-ball, finished 1- 82.

England came out with a positive batting mindset as they attempted what would have been a record-breaking chase, but the loss of three early wickets, two of which were claimed by Renuka Singh Thakur (4-57), made an already challenging task almost impossible. impossible.

Wyatt’s sacking led to the loss of four wickets by just 16 runs before India finally sealed a win that leaves tourists heading to Lord’s on Saturday free to enjoy the first women’s international at the ground since 2017.

England deputy captain Jones made headlines in the draw, not because of her very reasonable decision to bowl in unpredictable conditions, but because of the team news she shared.

While it was no surprise that England made changes to the team that was beaten in the opening game of Sunday’s series, the omission of Alice Davidson-Richards, who had the best score with an unbeaten 50, seemed an odd choice.

Kemp, 17, made his debut, while England’s fastest bowling option Issy Wong was replaced by 21-year-old Bell, who made his third ODI appearance.

The England team looked justified from the start when Kate Cross, playing in her 50th ODI, struck in the second to eliminate Shafali Verma by 8.

India continued to play positively but the introduction of England players Charlie Dean (1-39) and Sophie Ecclestone (1-64) brought the home team back into the game.

Dean took out the dangerous Yastika Bhatia for 26 with a catch and bowl, before Ecclestone caught Mandhana lbw for 40 to leave India 99-3 in the 20th.

A period of control for England followed as India added just 24 of the next seven overs, but the reintroduction of closers would see the momentum change.

Kaur, who had guided India to victory with an undefeated 74 points in the first game of the series, went on the attack and produced a truly memorable display of ball hitting.

The captain was ably supported by Deol, but when she was out 58, Kaur switched gears, with England making no remote attempt to slow her down.

Pooja Vastrakar (18) and Deepti Sharma (15 not out) largely stood and watched from the non-striker’s end as the England bowlers gawked at Kaur, who finished with 18 fours and four sixes.

England had to approach chasing what would have been a record ODI goal with positivity, but that approach quickly backfired when Tammy Beaumont (6) ran out in the second over.

As if his hitting display hadn’t been enough, it was Kaur who inflicted the run with a direct hit as Beaumont attempted a quick single.

There was some resistance as Capsey braved her finger injury to make a flying start, before she was joined by Wyatt to put up 55 for the fourth wicket.