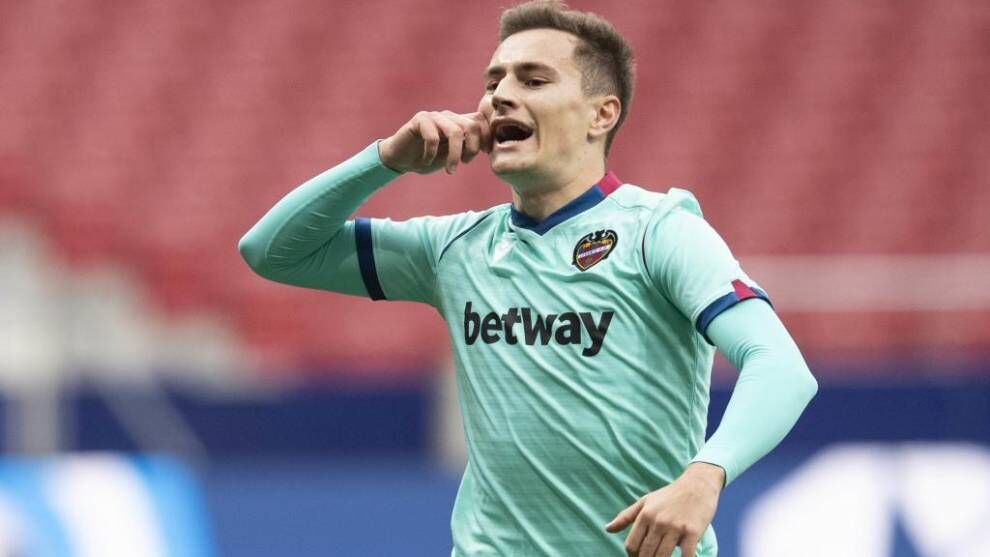 Lhe last hours of the market are being very intense in the offices of the Coliseum. After closing the loan of Jorge Cuenca and reaching an agreement for the transfer of Cucurella to Brighton, Ángel Torres expects two reinforcements to put the icing on the cake for Getafe’s squad. There are three names on the table: De Frutos, Florentino and Djene.

The big target is called Jorge de Frutos. The winger of Levante was chosen by Míchel at the beginning of the summer before the more than possible departure of Marc Cucurella, who had a clause of 18 million and whose destiny was in the Premier. The 30 million clause was the big obstacle, although the fact that 50% of the rights belong to Real Madrid made the operation somewhat easier.

Getafe offered a month ago 8 million for De Frutos and the delicate economic situation of Levante before signing with CVC seemed to bring the Real Madrid youth squad closer to the azulón team. In the last hours, that offer has reached about 13 million but Quico Catalán has not accepted. It will be necessary to see if this Tuesday the negotiations continue, but in Getafe they see the agreement complicated.

Several names have been shuffled in that position, but the truth is thate once Jankto was signed, the big target has been De Frutos. In Italy there has been a lot of talk about Samu Castillejo, but at the Azulón club he has never been among his priorities.

The other signing that can be closed in the next few hours is that of the midfielder Florentino, from Benfica, with whom Getafe has had an agreement for several weeks as MARCA announced on August 15. The agreement with Benfica has yet to be closed, which wanted half a million euros for the transfer and a purchase option for 10 million.

The other proper name is Djene, whose name has been associated with Valencia and Sevilla in recent hours. In the azulón club they trust that he does not leave, since his price of 20 million euros seems prohibitive for a defender. And with Arambarri it looks like they are going to follow the same steps: His clause of 25 million is not available to his suitors.

Raúl: “This is my house and it is where I want to be, I have the illusion of continuing”