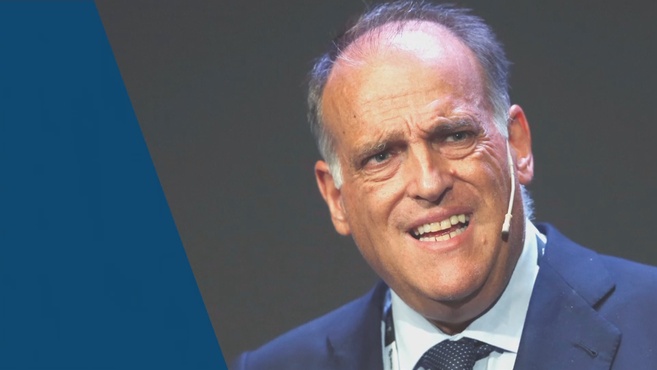 Tto and as announced Javier Thebesat MARCA Sport WeekendLaLiga has already submitted its complaint to the PSG and to Manchester City before the UEFA for violating financial fair play. The employers of the clubs add in their note that they will also take additional legal action before the European Union, France and Switzerland.

The complaint against PSG was filed this week, while City’s took place in April. That is, before announcing the signing of Erling Haland. Tebas has pointed out in recent weeks the impossibility of PSG renewing Mbappé with the losses he has suffered in recent seasons.

“PSG is going to end up with losses of 200 kilos, it has already been dragging 300… and they go and renew Mbappé with those amounts. Traps are going to have to doI don’t know if paying outside the French environment or getting a lot of sponsorships, which they already do,” he said about PSG last Monday in Valladolid.

As for Manchester City and Haaland, he expressed himself in that same act: “They must have done something, because Haaland asked the clubs for more apart from the 60 kilos that have been paid”. LaLiga points out in its statement that it does not rule out expanding these complaints with contributions of new data.

What consequences will these complaints have? Depending on the severity, they could lead to sporting or economic sanctions, or both.

This is the complete note of LaLiga:

LaLiga this week filed a complaint with UEFA against PSG, which will join another against Manchester City in April, for understanding that these clubs are continuously breaching the current financial fair play regulations.

LaLiga considers that these practices alter the ecosystem and the sustainability of football, harm all European clubs and leagues, and only serve to artificially inflate the market, with money not generated in football itself.

LaLiga understands that the irregular financing of these clubs is carried out, either through direct injections of money or through sponsorship and other contracts that do not correspond to market conditions or make economic sense.

The complaints against Manchester City before UEFA were made in April and this last week the one corresponding to PSG has been presented, although it is not ruled out that in the coming days extensions of some of these complaints will be made with the contributions of new data.

Additionally, LaLiga has contracted law firms in France and Switzerland, including the French firm of lawyer Juan Branco, with the aim of undertaking administrative and judicial actions before the competent French bodies and before the European Union as soon as possible. .

In Switzerland, LaLiga is studying different representation options due to possible conflicts of interest of Nasser Al-Khelaïfi derived from his different roles in PSG, UEFA, ECA and BeIN Sports.

It is not the first time that LaLiga has denounced these anti-competitive practices before UEFA. The Spanish organization has always led the defense of economic control. In 2017 and 2018, he filed briefs with UEFA against PSG and Manchester City for infringing financial fair play, which resulted in sanctions by UEFA against both “state clubs”, although they were later annulled due to strange CAS decisions.

The complaints from LaLiga, as well as the statements that the association of Spanish clubs has been making in recent times in this regard, are made based on data and after a detailed monitoring and analysis of the audited accounts of the clubs.