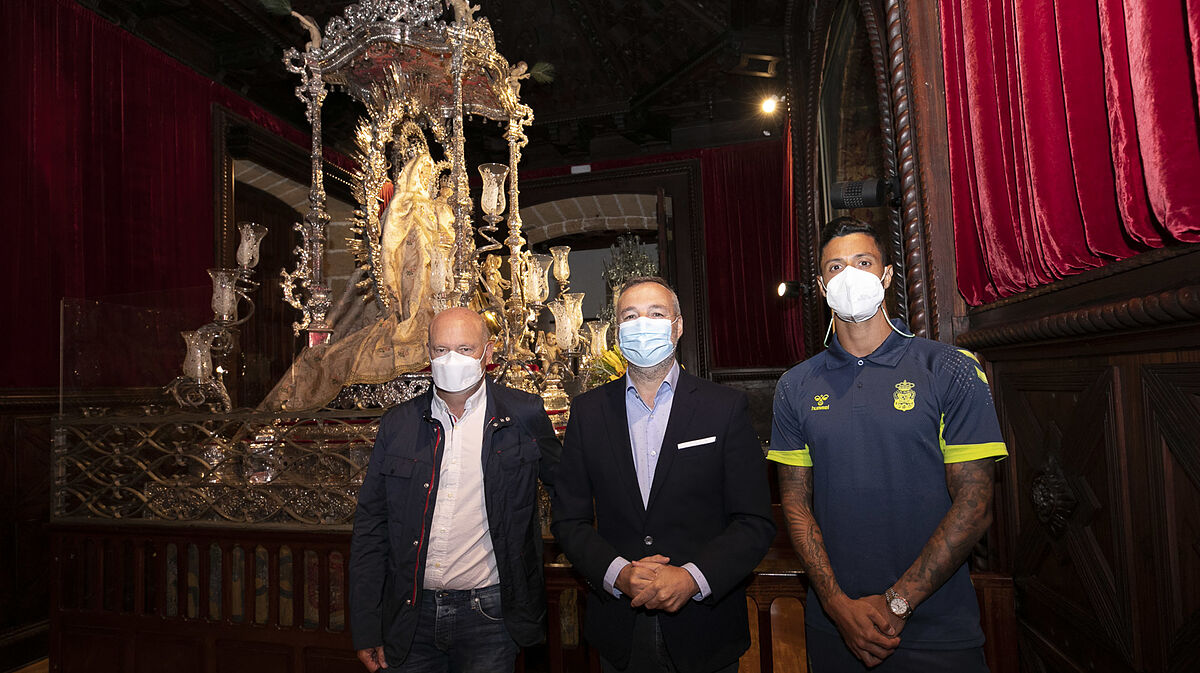 Mclear and forceful message from the president of UD Las Palmas: “Clau, Moleiro, Ale and Cardona remain in the first team.” Miguel Ángel Ramírez has revealed the plan for the coaching staff as far as quarry is concerned. He has done it in the traditional offering to the Virgen del Pino. The four players will be in the dynamics of the first team, although with the subsidiary’s number.

Something that is not strange to Clau Mendes, who last season played 18 games with the first team, wearing the number 26: “They will belong to the first team, with the ease of being able to play in the subsidiary”, has sentenced the maximum yellow president.

Clau, Moleiro, Ale and Cardona will belong to the first team, with the ease of being able to play in the subsidiary

Ramírez has also revealed that the UD has already done its homework in terms of transfers: “Unless something that interests us comes out, there will be no higher ones.” A plan that collides head-on with the idea of ​​Pepe Mel, who just a few days ago admitted that the squad needs one more central defender.

What yes they expect in the club are some casualties. More specifically “around two or three exits”. Cedrés and Aridai they have a good chance of getting out, but, “if they don’t happen, they will stay.” What he did want to make clear is that Fabio will not be one of them: “It is contradictory to say that we renewed Fabio and that now he is leaving.”

Despite the fact that the subscriber campaign began with many doubts, the pace in recent days has been good. The good preseason results, together with the new signings, have helped improve the numbers: “We are now close to 7,000 subscribers and that is important to us. They want to be in the stadium and it is the greatest joy for us“, has explained in the visit to the Patron.

Falcao is already in Madrid and will be presented on Monday

Vitolo insists: “I would like to be happy playing football”