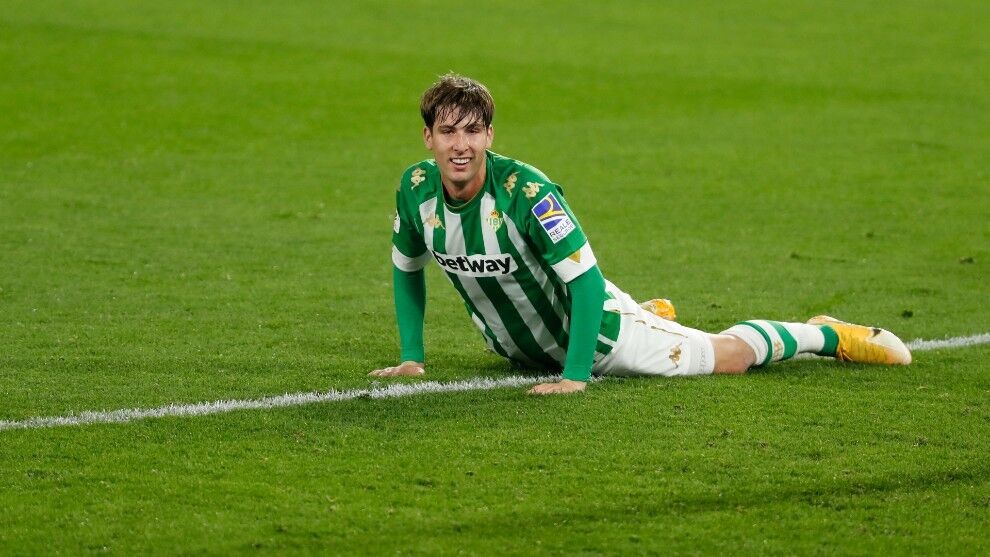 Juan Miranda has been under the command of Manuel Pellegrini all week. The Betic youth squad, who recently returned to the Andalusian capital after winning the olympic silver in Tokyo, it is already running as headline in view of the commitment that the Verdiblanco team has Friday against Cádiz, opening the second day of the League. A relief for the coach, the presence of Miranda, after falling Álex Moreno injured against Mallorca. In addition, the international has not stopped growing in recent months and has become an important player for Betis. All this process, plus what happened at the Games, was reviewed by Miranda in the official media.

“The experiences of the summer have all been good. I have enjoyed like a little boy. Since I arrived I could not imagine it. That’s thanks to the good season, not only mine, but all Betis. It has been a good year, “he started.” This experience has been unforgettable. You do not go as a footballer, but as one more athlete. Few people can live it. I have been so lucky and I feel privileged. I will keep this medal all my life. Bad luck for that silver we wanted it to be gold, but over time you realize what you have achieved and you value it, “he added.

Back to work with Betis

“Luckily I came from training and I didn’t notice much when I returned to work with the team. I am very happy to start this exciting season in Europe. We have a team to make it a great season“.

“I am always prepared. Both I and Calderón are prepared and the one Manuel (Pellegrini) chooses will be the right one. José played a great game, he surprised me. I enjoy while people from the house go to the first team because it is the best for Betis “

“Last year we had a great season, although it was difficult for us to start. 2021 was very good and hopefully this year, going game by game, adding three at a time, it will be a great season both in LaLiga and in Europe“.

Return of the public

“It’s going to be weird after a few months without an audience, but it’s still going to be very nice and special. Hopefully we all enjoy this season. Both the family, the Betis and my friends. “

Emery: “We arrived in Valladolid with great need”