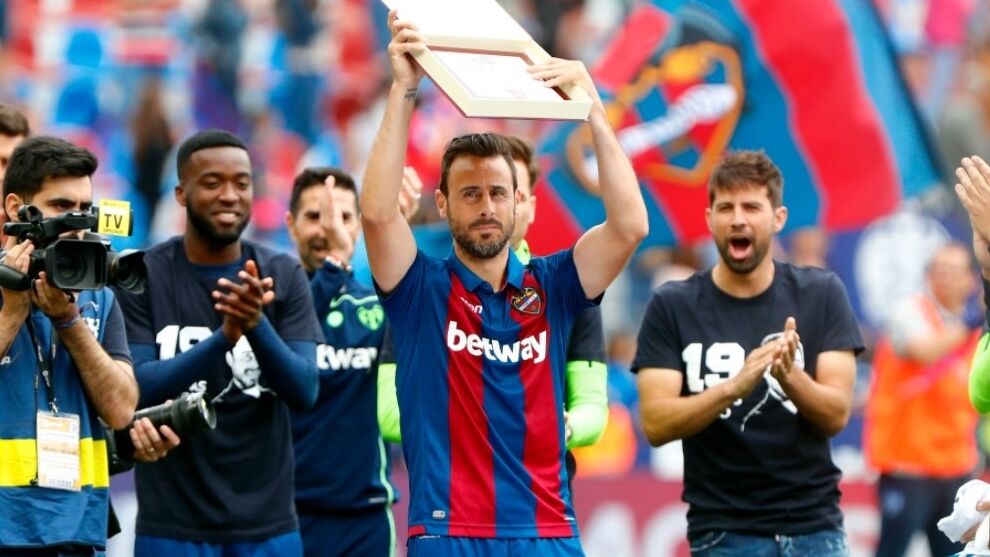 ANDl former Levante playerPedro Lopez, who hung up his boots in September, is the great novelty in Javier Pereira’s coaching staff, new coach of the granota team. The Valencian defender rgraduates to the Orriols club What assistant coach of the Badajoz coach. Pedro López announced his retirement a few weeks ago as a professional soccer player after having played in teams like Valencia, Racing, Valladolid, Levante and Huesca. Pedro López arrived at Orriols club in 2011 -where it coincided with Pereira who was assistant to Juan Ignacio Martínez– and, for eight seasons, defended the Barça shirt in 182 official matches. He played, for the first time in his history, the Europa League with Levante and it was the captain of the last promotion to First division, in 2017.

In addition to the novelty of Pedro López, Javier Pereira will arrive accompanied by his two trusted men: the assistent Agustín Izquierdo and the pphysical restorer Gary Hall. Izquierdo also has Levantine past as a player, since in the season 1993-94 defended the azulgranas colors. He was also active in the Badajoz, Real Jaén, Elche, Algeciras, Jerez and Don Benito. His time as a coach began in 2006 at Don Benito.

Subsequently, directed to Jerez, Extremadura and Badajoz. As assistant coach, he has worked in the Marbella and in the Henan Songshan Longmen with Javier Pereira. For its part, Gary Hall has been a physical trainer for five seasons in the Premier League at Fulham FC, where he worked first in the inferior categories and it coincided with Javier Pereira in the first team, and later also became part of his staff at the Henan Songshan Longmen.

The coaching staff hopes to resolve soon the procedures to fly from China to Spain and get to work already in the field with the team. The Levante has its first ‘final’ next Saturday, October 16 against the bottom Getafe, which has also changed technicians and already has Quique Sánchez Flores replacing Míchel.

Every beginning has an end

Manu Sánchez: “It is difficult to enter Atlético, but if they gave me the opportunity, I would be delighted”