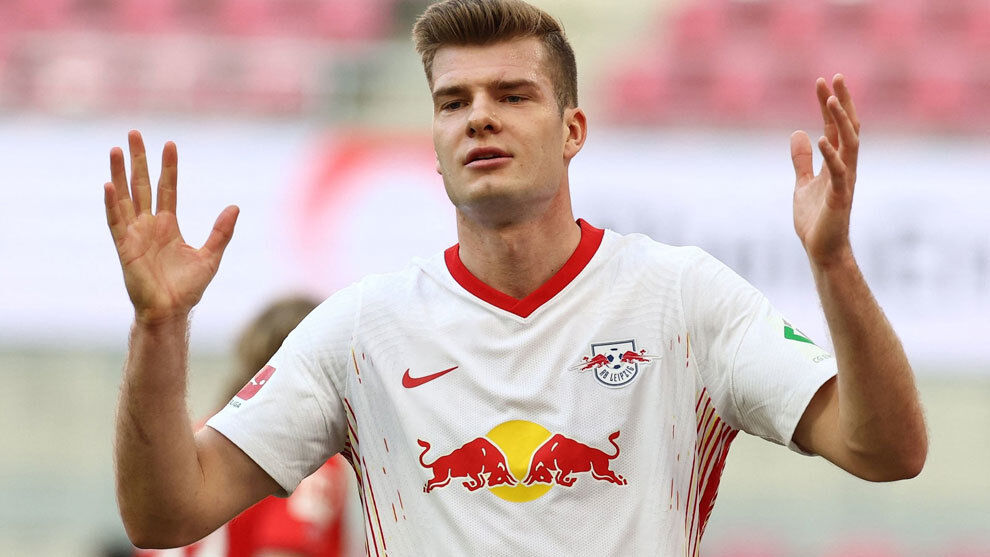 TOlexander Sorloth, a 25-year-old forward who belongs to RB Leipzig, is the main candidate to fill the gap that you are going to leave in the template of the Royal Society the imminent departure of Willian José to Betis. The Norwegian international came to the German club a year ago, after scoring 24 goals in the Turkish League, but now he no longer counts for his coach.

Sorloth it is valued at about 16 million euros, a very high figure for those that La Real usually handles, so it will be necessary to see under what conditions the operation would be carried out that would lead it to land in San Sebastián in the coming days.

Despite his 25 years, the Norwegian striker is, as they say, a globetrotter, for the number of clubs that you have already passed through. He took his first steps in the Strindheim from his hometown, where he signed him Rosenborg, one of the greats of the country. He left on loan to FK Blodo / Glimt, landing later on the Groningen from the Netherlands.

The FC Midtjylland Denmark was his next assignment for this left-handed finisher, and his performance there caused the Crystal Palace pay about 10 million euros to get their services. Despite this, shortly afterwards he was transferred to the Gent of Belgium, first, and at Trabzonsport Turkish, after. It is in this club where he exploded, scoring 24 goals in 34 days, which led to RB Leipzig to buy him for 20 million euros last summer, but 365 days later he aims to reach the Real.

Juan Iglesias: “I am very grateful to Ángel Torres for giving me the opportunity to be in Getafe”

Cillessen does not raise his head at Valencia: 157 days off, five injuries, 29 games absent … in less than two years

The accounts of the new Real Madrid squad