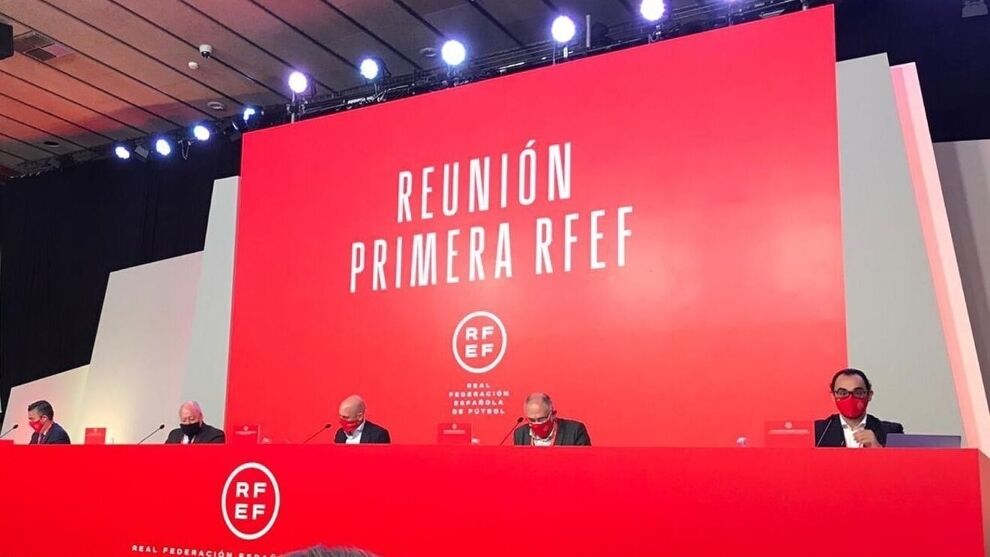 ANDThis Thursday the meeting between Luis Rubiales and representatives of the 40 clubs that will make up the new category of the Federation: the First RFEF.

The new category will be divided into two groups of 20 teams, geographically divided into east-west. Something that the clubs themselves have voted between the two RFEF proposals.

A category in which the two champions of the groups will ascend, with a playoff in neutral headquarters between the second and fifth of each Group and where the last five of each group will descend to Second RFEF. Regarding the Promotion Phase, the best classified of one Group will play against the fifth of the other, for which the classification will be awarded.

In addition, more details of the First RFEF: This year there will be no mandatory minimum budget; There will be the possibility of having 17 non-U23 players in each squad; The required lighting will be 600lux and the field will have to be made of natural grass with additional stands.

Officially announced, the composition of the groups is as follows:

Lopetegui: “The players have enthusiasm and ambition, it is something fantastic”

Iniesta: “Barça has the capacity to win the League”