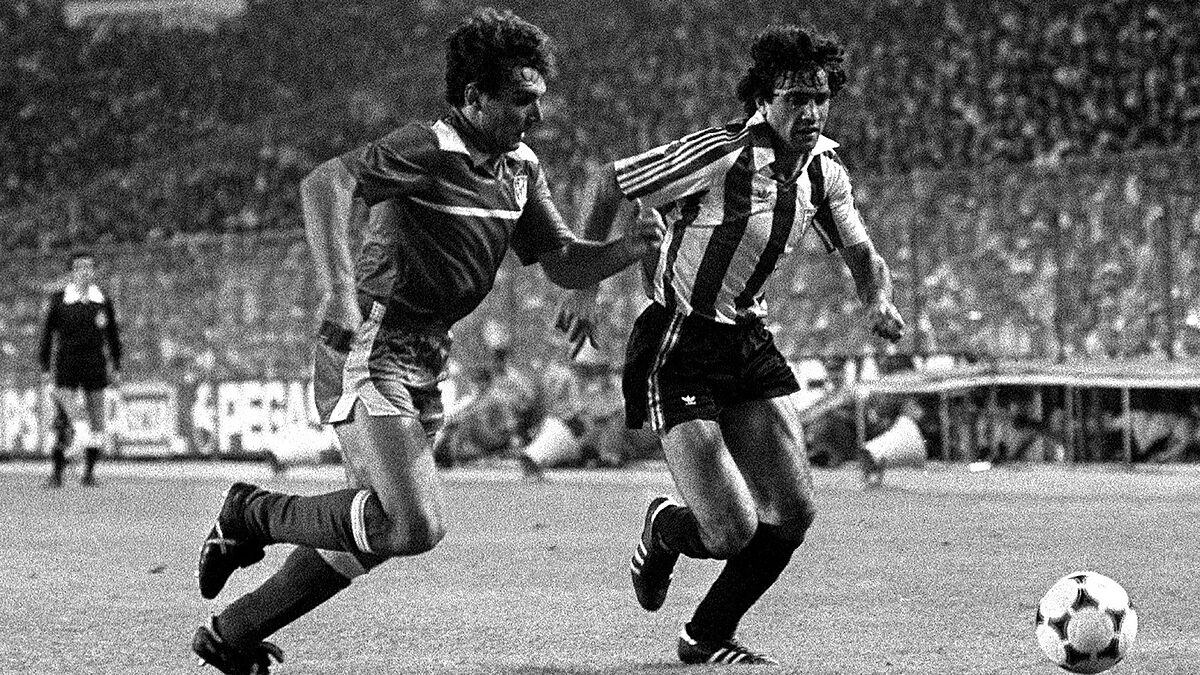 One of the last Athletic Cup champions is clear that the team will offer its best image: “What happened with Real Sociedad will not happen again”

Isma Urtubi (59 years old) formed in the last Athletic League and Cup champion. The powerful midfielder, who was twice international, is clear that this Saturday’s final can only go in one direction for Marcelino’s team to lift the trophy as champion: “Athletic has to be brave and determined. To win you have to risk”.

How do you see the team for this second final?
It has to be with a greater motivation and not because in the previous final it was not at its highest level. As it has gone wrong, the player will want to rebuild the previous situation and will want to overcome a hobby that has been disappointed. In addition, he is sure to play a good game against an opponent who, being very good, is different from the Real and will give you some more option.
There is no other than to make up for it.
If you tell me that Athletic is going to play Cup finals every year, right now I was signing. That Athletic has a chance to win a title today is an extraordinary merit. Of course you can lose them, because normally you are going to get to a rival of the greats almost certainly. Disappointment if you lose? No. Will we have a hard time? Yes, because you have reached the end and you die on the shore, but you have to be aware that we are talking about Athletic. It is Bizkaia, it is your representative and we know what it supplies, what it is made of and all its defects and virtues. For me, having Athletic play in a Cup final is an extraordinary success.

Are you optimistic?
Yes, optimist you always have to be. When you play a game you say “I have the 1, the X or the 2. What do I put in the pool? Well, I always win.” Then you can lose because the rival also runs and plays, but you have to be optimistic without forgetting that you play against a Barcelona that has one of the best players we have seen. But Athletic has to be brave and determined. To win you have to risk.
You know what it is to play finals. Do you understand the responsibility for representing a whole hobby?
It sounds very good that Athletic represents all of Bizkaia and all of Bizkaia is going to be watching a screen on Saturday. Luck will go to the one who makes fewer mistakes, because a mistake can condemn you as happened on the day of the Royal. Against Barça, quality multiplies. That is where Athletic has to be aware on an individual level of its maximum responsibility during the duration of the game.

To lose? You can, but as long as you play an extraordinary game

Imagine they let you send a message to the lions before the game.
The basic thing is that they trust each one, in the one who is ahead in the field, in the 11 that go out and in those who jump to the field later. They must trust because they have already shown what they can do. They can beat Barcelona again in a final, but that does not happen by doing three things well … you have to do well the five or six that you know and always be at 101%.
And what would you say to those who, after falling in the derby with the Real in this final, wear pessimistic suits?
I would tell them that Athletic can lose, but we are going to see an extraordinary match. If I lose and play an extraordinary game, it means that Barça has been better than me, but always doing your best possible game.

Fuenla runs into Lugo and the penalty spot

Huesca vs Athletic: Win to have life

Aritz: “All the goals are for my father, he will be proud of what we are doing”