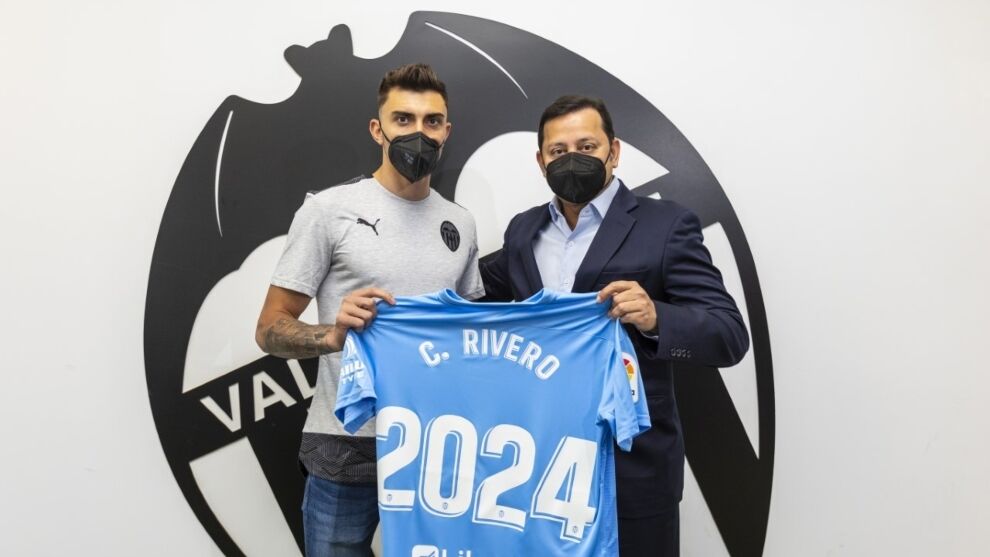 ANDl Valencia has made official the agreement for renew and extend Cristián Rivero’s contract, third goalkeeper of the team and in charge of defending the goal of the subsidiary last season, until 2024. The goalkeeper, who already had a first-team record, takes another step towards the position of Valencia’s first goalkeeper for which he has been fighting since he entered school.

Rivero will no longer be able to play in the subsidiary this season and the current movement is aimed at releasing Cillessen to Jaume or even both during the current summer market. The absence of the Dutch from the Eurocup, due to the COVID that has ended up leaving him without a call, complicates the future sale of the orange international, which this campaign has been injured for more time than available.

The club wants to sell him, since he is the most expensive player in the squad, but the large amount that remains to be amortized plays against, since many millions would remain along the way. The option of selling Jaume, or making it easier for him, is also being considered within the entity. The operation of letting both goalkeepers out and bringing another to compete with Rivero is not ruled out.

Eibar vs Alavés: life or death

Ángel Correa: “We have the best squad in recent years and we have to prove it”