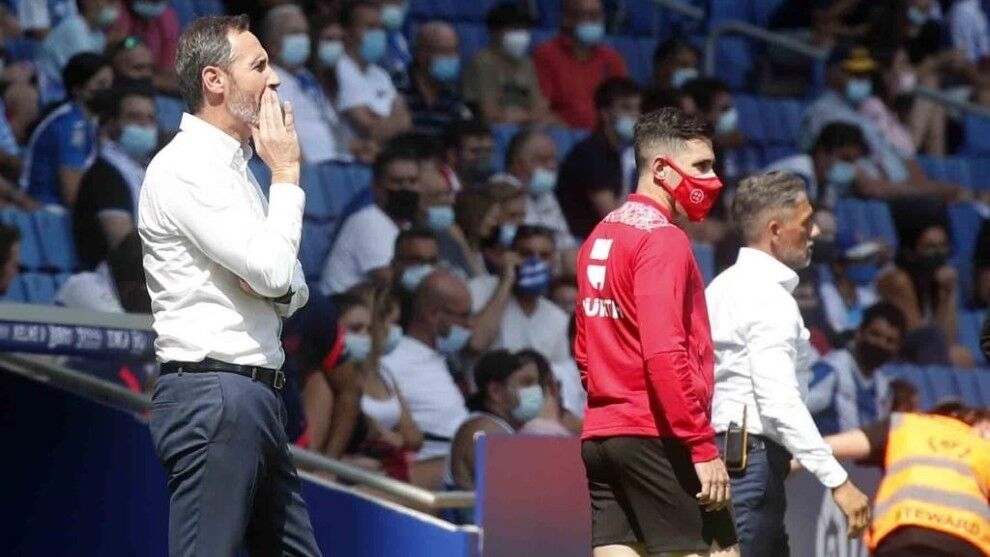 Vicente Moreno has not wanted to argue about the 10 minutes of addition and has made it clear that his conversation with Simeone it has been totally cordial. The technician, who assures that in the first part they were clearly superior, leaves the RCDE Stadium with a bitter feeling.

“I think that, regardless of the result that is the most important thing, you always have to keep that job as something positive. We have that totally bitter taste but we have given reasons and done things to score a point. In the first half we have been better than Atlético and I think we could have won. “

“I do not think. It may seem better or worse, but that is decided by the referee. Little will change with what he says. You rarely see 10 minutes in a game, but I am totally respectful. I hope it is the same when we are interested in us or come in our favor. “

Changes in the eleven

“We were looking for Atlético to not find the formula, which has happened in the first half, and to do damage. It is rare that Atlético makes three changes at half-time and changes your drawing, it is synonymous with that we were doing it well. Then Everything has started to get complicated. Besides, the schedule didn’t help, it was hot. “

“I keep that in three games out of four we have done many things well and many merits to have added more. But we cannot be crying or thinking about this, we must be thinking that there is another opportunity to continue playing and for what appeared to appear in these three games and the score goes hand in hand “.

“I’m happy with the team I have, but Atlético don’t know if those who enter are better than those who leave. The first half we were superior to them, we had chances, but they have such a level …”.

10 minutes? I hope it is the same when it interests us or it comes in our favor

“I am very respectful of what everyone says, but I always say that we are slaves to words and in other games you have to see what you do, as it may have happened in Champions League matches. I am respectful and everyone who tells his film” .

“He has made an enormous effort. In normal conditions he would not have played”

“It is a very important factor. More if possible when you play against a team of this level. We have not had many failures, in the final part some more with the accumulation of fatigue and there we have been penalized”.

“The goal always hurts, whatever is talking with Simeone remains there, but without more. We have commented in good harmony on the issue of the minutes that were given, without strange stories. I think he and my second were talking, who are Argentines and They talk a lot, and I have gone there without much history. “

“Congratulate him. He had a difficult ballot.”

Espanyol takes another step towards promotion

The moment of truth for Sergi Roberto

Madness in Girona to see the final