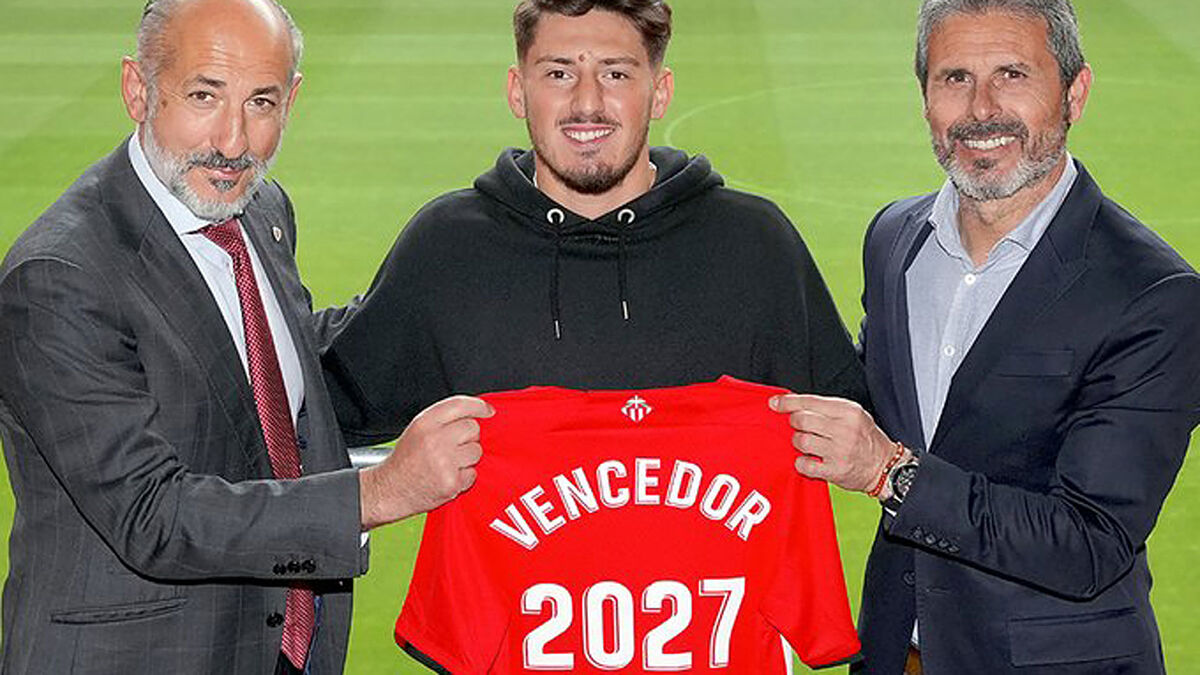 Athletic shields Unai Vencedor. The midfielder has extended his relationship with the Bilbao club by two years, signing until June 30, 2027, in addition to eliminating the 40 million termination clause that he had in his previous contract. At 21, he has been a starter for Marcelino, playing a total of 2,284 minutes spread over 32 league games and one Cup match. Only injuries have prevented him from adding more appearances, especially in the cup tournament and the Super Cup.

Vencedor is living his second year as a professional of the first team. It is true that he made his debut in the 19/20 campaign against Osasuna, but he did not go on to play with the elders until the start of 20/21. In these two seasons he has played 69 games as a lion, demonstrating an upward progression that reached its peak last December in the defeat against Real Madrid. He has played 75% of the league minutes as a starter.

Considered an organizing pivot, Rekalde’s man has taken a step forward in other facets. Now play and win more duels, recover more balls and cut more passes. All this without losing his success with the ball, both short (81.3%) and long (56.1%). He only needs to lavish himself on the scoring aspect, since he still does not know what it is to score with the first team.

“I am immensely happy and proud to be here. Thank the club for the trust placed in me. The negotiations have been going on for a long time and it is a real joy to be able to be here for many more years,” he explained in statements to the club’s media. “We always try to improve individually and collectively. That’s what we’re here for, so we’re going to keep at it and we’re going to do our best, he added.