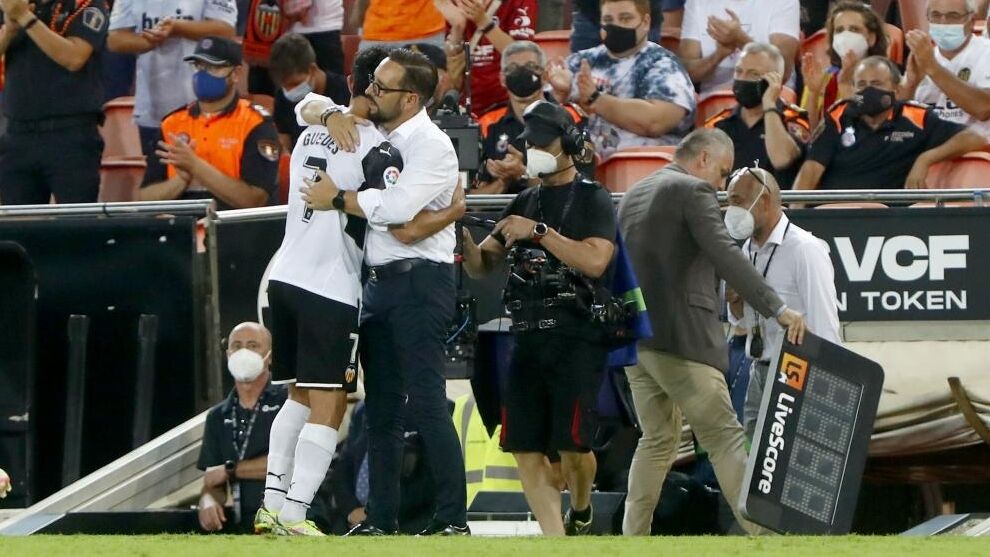 Jose Bordalas He wanted to train Valencia and in three days his mood has changed even to the one who opens the doors of Mestalla. On the Valencian coach turns everything and your express success is contagious. The new coach has achieved something that only Marcelino achieved with this property: that they listen to him.

They have signed the players that he had requested and he has intervened, as Marcelino already did, to talk to said players so that they would take the step. Alderete, André and Foulquier are footballers made in Bordalás and as is logical they will surrender to his orders.

But also Bordalás has achieved that the team compete and play well. It is early, but, without a doubt, it is the way. The staff believed in him. The televised talk of the break for hydration in the first half against Alavés says so many things …

It has also entered the market and has clearly staged its role so that Guedes do not leave, nobody knows if in the end Mendes will move him to the Premier, but for now, Bordalás gave him a father’s hug yesterday in Mestalla with the field chanting his name … and those things sink in.

The fact is that the coach has become the great benchmark of the club. The ‘Bordaleta’ has spread like wildfire (now that we have Fallas in September) we just need to Peter Lim does not get jealous like it happened with Marcelino and Alemany and destroy what has just been born. Because of that of the civil servant coach who was iventò Murthy. Cross your fingers.

Embarba denies the greeting to Vicente Moreno in the change

Coudet: “We are going to see a great Denis this season”

"Football between PCRs, strains and curfews in Slovenia"