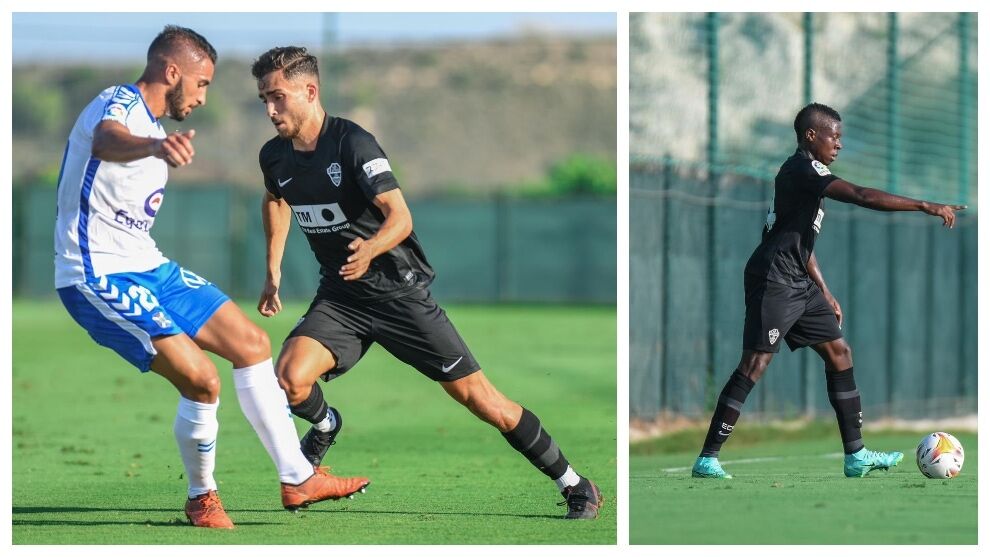 Elche and Tenerife tied in Algorfa in a new preseason friendly. Tete Morente overtook the franjiverdes at the beginning of the second half, but Barry and Runner flipped the scoreboard. Manu Justo put the equalized goal in the final stretch of the game.

The team of Luis Miguel Ramis he was superior in the first half. Samy shashoua was able to overtake the Tenerifeans at ten minutes after a good personal deed, but Edgar Badia stretched to avoid the goal of the canaries. Minutes later, it was Elady the one who could open the scoreboard: the Jaén went well Palaces and a powerful shot was taken that went near the post of the franjiverde goal.

Elche improved after the break after a first half in which he barely approached the goal of the Tenerife. Tete Morente He advanced to the group led by Fran Scribe. The winger took advantage of a good pass from Palaces to get rid of defense speed and define before the departure of Juan Soriano.

After the goal of the people of Elche, the usual carousel of changes arrived. Enzo Roco debuted with the franjiverde t-shirt, while Gonzalo Verdú and Raúl Guti also enjoyed their first minutes. Fran Scribe completely modified the defensive line.

Thierno Barry drew for Tenerife few minutes after jumping onto the pitch. The attacker took advantage of a defensive error to head at pleasure at the far post against Edgar Badia.

The final leg of the match was moved and with alternatives for both teams. Corredera picked up a loose ball in the area after an error in the clearance of Badáa and did the second for the insular. Tenerife returned the gift to Elche minutes later: failure in the exit of the ball that Manu Justo took the opportunity to define before Soriano after a good pass from Cheek.

The people of Elche continue to prepare for their league debut against Athletic Club. This Saturday they will be measured at Alaves in a new friendly match. The people of Tenerife will face the Cartagena in his next preseason test.

The keys of Madrid in the Champions: To the touch … and to the gallop

Marcelino: “We do not consider ourselves judges of anything”

Guillamón: “We were clear that we did not want to go through last season again”