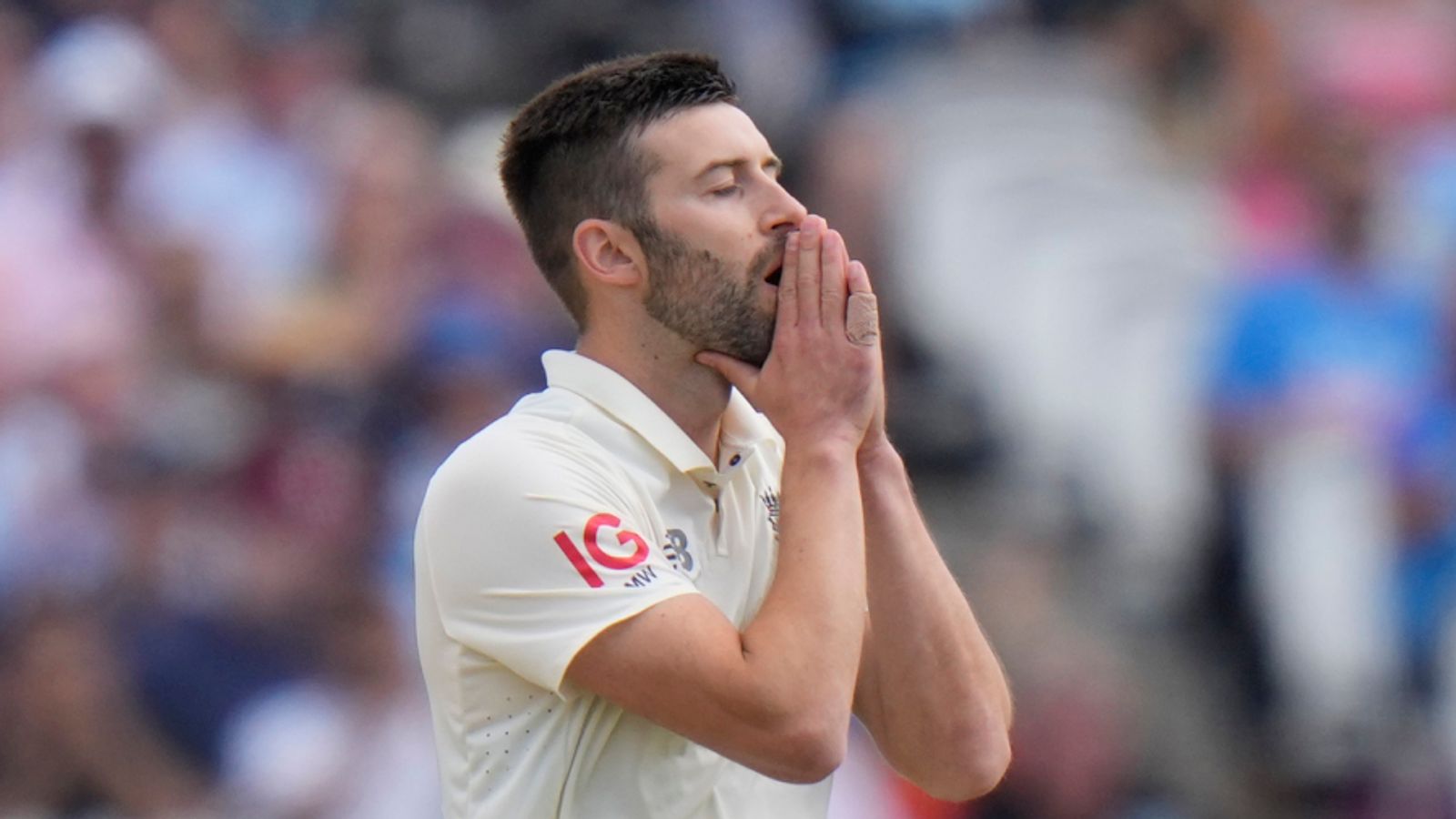 England will not have fast pitcher Mark Wood for the third test game against India at Emerald Headingley this week; the 31-year-old has been ruled out due to a shoulder injury sustained during the test’s second loss at Lord’s; Watch the first day starting at 10 am, Wednesday on Sky Sports Cricket

England fast pitcher Mark Wood has been ruled out of Test 3 against India with a jolt to his right shoulder.

The 31-year-old suffered the injury on the fourth day of the second test at Lord’s when he dove to make a stop at the limit and, despite returning to bowling on the final day, the ECB has confirmed that he will not be fit. to play. at Emerald Headingley.

England have seen their sewing bowling options decimated this summer with Wood joining Jofra Archer, Stuart Broad, Olly Stone and Chris Woakes on the disabled list, while Ben Stokes is also unavailable after taking an indefinite break from cricket to prioritize your mental well-being.

With Archer and Stone absent for the long term, Wood is the last England bowler capable of regularly playing over 90 mph and as such his fitness is seen as particularly important ahead of the Ashes series in Australia this winter.

“He’s a bowler who can go over 90 mph so I have to watch him,” head coach Chris Silverwood said after the loss at Lord’s.

“Honestly, it’s extremely important that we take care of Woody.”

He insisted the Durham closer would have every opportunity to prove his fitness before Test 3, but confirmation that he was unable to do so could open the door for Lancashire fast pitcher Saqib Mahmood to make his debut in the proof.

Mahmood has impressed for England in white ball cricket this summer and was added to the test team following Broad’s injury. The 24-year-old is now ready to compete with Somerset bowling all-rounder Craig Overton for a spot in XI as England tries to level the five-game series.

Wood will remain with Joe Root’s team in Leeds to continue his rehabilitation with the England medical team and will be re-evaluated at the end of the test match.

Watch the first day of the third test between England and India at Emerald Headingley starting at 10am, Wednesday at Sky Sports Cricket and Main Event.